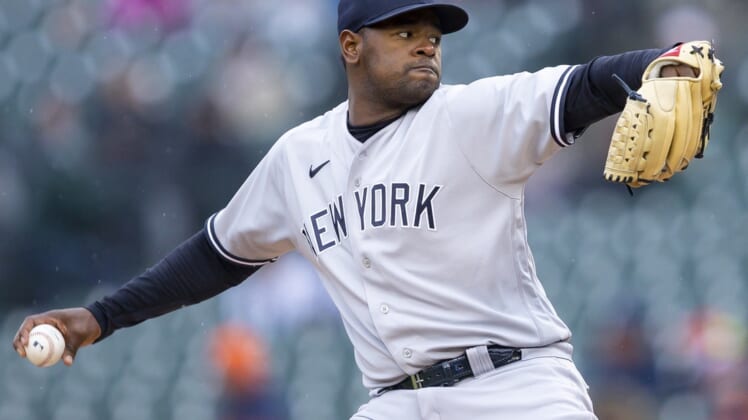 For most of the early going of the season, the New York Yankees struggled offensively, most notably when they visited the Baltimore Orioles and lost two of three.

Coming off their best showing at the plate in a weekend sweep of the Cleveland Guardians, the Yankees will seek another productive performance Tuesday night when they host the Orioles in the opener of a three-game series.

Despite those offensive struggles, the Yankees are off to a 10-6 start. They are hitting .235 and .195 with runners in scoring position, but those numbers are improved from April 15-17, when New York scored six runs and lost the series in Baltimore.

New York’s production was its best of the season when it scored 19 runs against the Guardians. The Yankees batted .299 (29-for-97) in the series, hit six homers and capped their successful weekend with a 10-2 rout on Sunday that marked the first time they scored more than six runs in 2022.

DJ LeMahieu hit a two-run homer on Sunday, collected three hits and is batting .390 (16-for-41) during an 11-game hitting streak. Anthony Rizzo also homered as the Yankees collected a season-best 13 hits.

“Feel like the offense is starting to click a little bit,” Yankees manager Aaron Boone said. “But to have back-to-back games where I really feel like they were complete games from a defensive, pitching, running the bases and offensive (standpoint), that’s nice.”

The Orioles are 3-4 on their 10-game trip since scoring five times in the eighth on April 17 for a 5-0 win over the Yankees. They dropped three of four in Oakland before taking two of three from the Los Angeles Angels.

Baltimore scored 16 runs in the series and nearly pulled off the sweep of the Angels on Sunday. The Orioles trailed 6-0 before getting a tying two-run homer from Austin Hays after Trey Mancini started the comeback with a three-run homer.

“We’ve definitely picked it up a little bit the last few days,” Mancini said. “Definitely a different feel even in the dugout. I think we’re feeding off each other much better than we were earlier in the season and some balls are just starting to fall a little bit our way, too.”

Luis Severino (1-0, 2.08 ERA), who has allowed three runs through his first 13 innings of the season, is the scheduled starter for the Yankees. He has pitched five innings in each of his past two starts and allowed one run on seven hits in five innings in Wednesday’s 5-3 win at Detroit.

Baltimore, which used five relievers on Sunday after Chris Ellis did not retire a batter and exited with shoulder discomfort, is hoping to see Jordan Lyles (1-1, 3.52) continue his good start.

Lyles has allowed one homer in his first 15 1/3 innings after allowing a league-leading 38 homers last season for the Texas Rangers.

Lyles allowed five runs in his debut for the Orioles April 9 at Tampa Bay but has allowed one run over his past two starts, including five innings of five-hit ball in a 1-0 win at Oakland on Wednesday.

The right-hander is 1-0 with a 2.57 ERA in three games (two starts) against the Yankees.