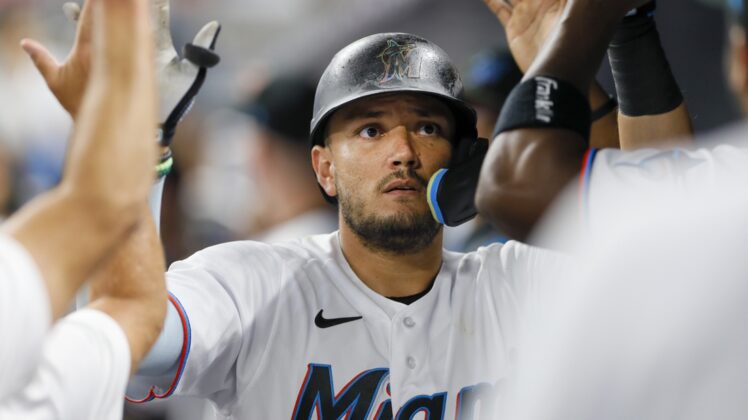 Soler’s homer was a monster blast, measured at 468 feet, and Miami’s Jesus Sanchez added a two-run single and a diving catch in center field.

Seattle, which lost its third straight game, was led by nine-hole hitter Luis Torrens, who drove in four runs and also tagged two runners out at the plate.

However, the Mariners lost designated hitter Mitch Haniger to a right high ankle sprain. The injury happened during his first at-bat when he fouled a pitch off his ankle, and he was removed from the game as a result.

The Marlins needed just three batters to take a lead as Jesus Aguilar stroked a one-out single, and Soler followed with his homer.

Seattle took a 3-2 lead in the second. Torrens got a two-out, 2-2 fastball and smashed a 400-foot, three-run double off the wall in center.

Despite having two runners thrown out at the plate, the Marlins regained the lead in the second inning, 6-3.

Miami loaded the bases with no outs before Jacob Stallings tied the score with a swinging bunt. Aguilar then singled to right, driving in Joey Wendle, but Rojas was thrown out at home on a great one-hop throw from Seattle right fielder Jarred Kelenic.

With two outs in the same inning, Sanchez grounded a two-run single to go up 6-3. However, five pitches later, after Sanchez got caught in a rundown between first and second, Soler broke for home. He was tossed out by second baseman Adam Frazier.

Rojas’ two-run homer to left in the third extended Miami’s lead to 8-3.

Marlins reliever Anthony Bender closed the game by getting Ty France on a groundout.