The Charlotte Hornets intend to pick up the team option on coach James Borrego’s contract for the 2021-22 season, The Athletic reported Wednesday.

In three seasons with the Hornets, Borrego has a 105-144 record and the team hasn’t made the playoffs or finished a season at .500. They lost the play-in game to the Indiana Pacers last week in a rout, 144-117.

Still, the Hornets appear to be giving Borrego, 43, a chance to continue the development of his young players. LaMelo Ball is a candidate for NBA Rookie of the Year.

The Hornets finished this season 33-39 and in 10th place in the Eastern Conference. They were 27-24 on April 9, but a season-ending foot sprain to forward Gordon Hayward on April 2 and the loss of Ball for 21 games to a broken wrist impacted the Hornets. 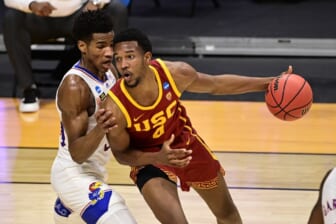