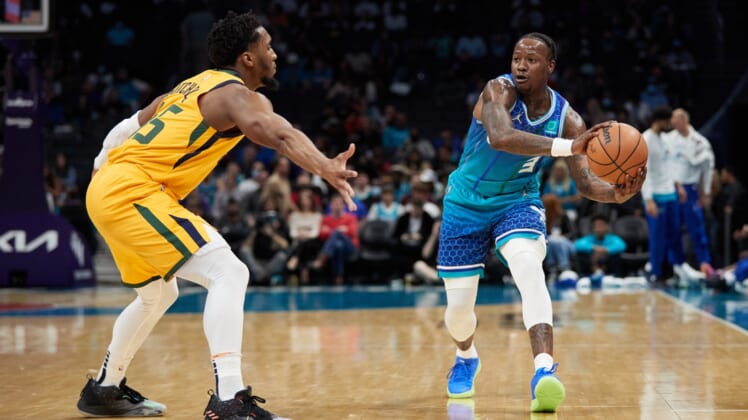 LaMelo Ball added 21 points for the Hornets (38-36), who were trying to atone for a home loss to the New York Knicks which ended a five-game winning streak.

Donovan Mitchell poured in 26 points and Jordan Clarkson finished with 19 points for the Jazz (45-29).

In a back-and-forth fourth quarter, the Hornets continually made enough plays down the stretch after grabbing the lead.

Mason Plumlee and Bridges both grabbed 11 boards to help Charlotte to a 45-38 edge on the glass despite Rudy Gobert’s 19 rebounds. The Hornets also showed efficiency with only nine turnovers.

The backcourt tandem of Rozier and Ball launched a total of 42 shots from the field, both making nine of those. Rozier finished 5-for-8 on 3-pointers.

The teams played more than a 5 ½-minute stretch that included part of the fourth quarter without a margin of more than two points.

Mitchell seemed willing to try to carry the Jazz, going 10-for-21 from the field. He and Juancho Hernangomez both made four 3-point shots for Utah. Gobert, Michael Conley and Eric Paschall all had 11 points for the Jazz.

Rozier’s 3-pointer with 6:26 left in the fourth quarter gave the Hornets a six-point edge.

But Mitchell led the Jazz back to within one before Bridges and Rozier both made two free throws in the final minute.

After giving up 40 first-quarter points to the Knicks on Wednesdas, the Hornets were locked in better defensively. They led 54-51 at halftime.

The Jazz fell to 1-3 on what will be a six-game road trip. Utah and Charlotte split the two-game season series.