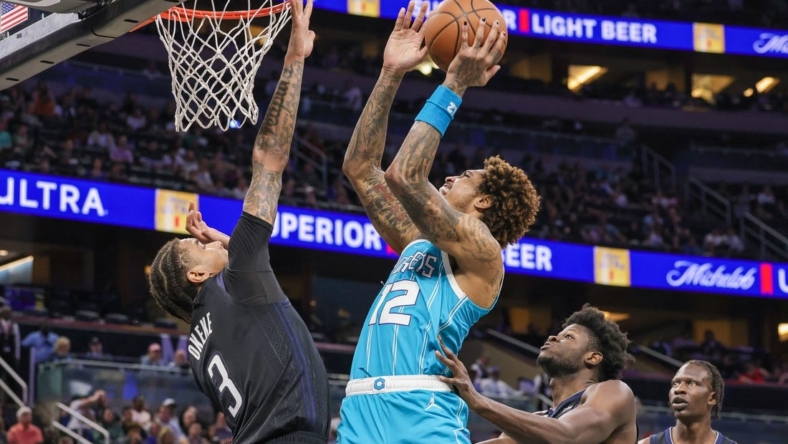 Mason Plumlee racked up 18 points and 10 rebounds and LaMelo Ball, in just his second game of the season, had 17 points and nine assists as the Charlotte Hornets snapped an eight-game losing streak by beating the host Orlando Magic 112-105 on Monday night.

The outcome gave former Magic coach Steve Clifford, now in his second go-around with the Hornets, a victory in his former home building.

Franz Wagner had 23 points and Wendell Carter Jr. had 20 points to pace Orlando. Mo Bamba and Bol Bol each chipped in with 14 points, and R.J. Hampton and Chuma Okeke both had 10 points for Orlando, which was denied in its quest for its first three-game winning streak of the season.

The Magic made 14 shots from 3-point range compared to seven for the Hornets.

Ball had sat out following a preseason injury, but the Hornets had sorely missed his presence.

Magic rookie Paolo Banchero missed his third game in a row with an ankle injury.

The Hornets had work to do after holding a 19-point lead at 66-47 in the third. Orlando closed within 96-87 just under the eight-minute mark on Bol’s jumper.

But the Hornets fed center Mason Plumlee for a couple of shots to help thwart the comeback bid. Ball’s floater stretched the lead to 104-89 with slightly more than three minutes to play.

Charlotte held a 79-62 lead late in the third quarter as the Magic went cold. Orlando had only three field goals in the last 5 1/2 minutes of the quarter, with Hampton hitting each of those.

The Hornets led 58-45 at halftime despite shooting only 3-for-17 on 3-pointers. They were aided by 13 Orlando turnovers.