Hornets look to push winning streak to five against Pelicans 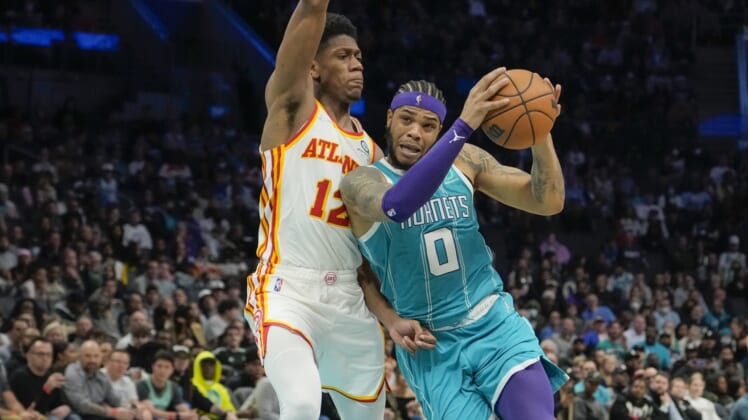 The Charlotte Hornets have gotten hot again, and it might be at just the right time.

“We knew it was going to turn around for us eventually,” Hornets forward Miles Bridges said.

The team will try to build on a four-game winning streak when the New Orleans Pelicans visit Monday night in Charlotte, N.C.

“You always want to be playing your best basketball right now,” Hornets coach James Borrego said. “I think our group is locked in. We’re obviously getting healthier. There’s some rhythm here with our group.”

The same might be said about the Pelicans because they’ve been on an upswing as well.

It often tends to be about Charlotte’s ability to play solid defense, but at least the scoring has picked up again.

“We’re scoring with the best of them,” Hornets forward P.J. Washington said. “Everybody is shooting and everybody is scoring. When we play like that, it’s hard to beat us.”

The Hornets have started a five-game homestand with two key victories, topping the Atlanta Hawks and Dallas Mavericks.

“Our team is run and gun,” Bridges said. “Whenever we get an open 3, we’re going to shoot it. So I practice on every spot on the floor.”

The Hornets have contended for playoff spots in the past, but they haven’t been satisfied with how they’ve played late in those seasons.

They want this season to have a more pleasing tone.

“I just want this year to be different, and everybody bought in and we’re playing good,” Bridges said. “As long as we keep playing like this, I think we’re going to be good in the standings.”

The Pelicans did the Hornets a favor on Sunday night, beating Atlanta 117-112. Charlotte and Atlanta have been in a tight race for the Eastern Conference playoffs. Currently, they hold the final two play-in positions.

Sunday’s win was New Orleans’ second in a row and its third victory in its last four games. The Pelicans are trying to squeeze into the Western Conference playoffs. So far, they hold a play-in spot.

“We did what we’re supposed to be doing,” Pelicans center Jonas Valanciunas said. “Those games are building our character and gives that extra motivation for the next game. We can play good in a tough game.”

Charlotte topped the Pelicans 142-120 on March 11 behind Bridges’ 26 points in one of those high-scoring games that tend to be good for the Hornets. That outcome launched the Hornets’ current winning streak.

“We need everybody to step up and do well in order to win a game,” Valanciunas said. “We see some good things ahead of us.”

Pelicans guard Devonte’ Graham is a former Charlotte player. He’s the team’s fourth-leading scorer, though he didn’t play in Sunday’s victory because of a sore hip. Still, the Hornets are considering what he might be capable of doing anyway.

“We beat them last time, but that doesn’t mean nothing,” Bridges said. “Devonte’ is going to come in ready to fire. … We’ve got to treat it like a playoff game and treat it like it’s do-or-die.”