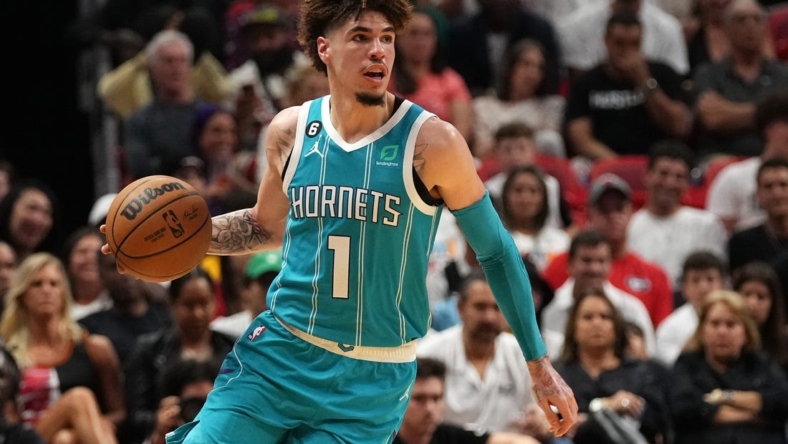 Playing in his first home game this season, Hornets guard LaMelo Ball re-injured his left ankle on Wednesday when he landed on a fan’s foot with 1 minute, 34 seconds left in the 125-113 loss to the Indiana Pacers.

Ball was hustling to save a ball near the sideline and stepped on the foot of a fan seated courtside in Charlotte, rolling the same ankle that forced him to miss the first 13 games of the season.

Charlotte (4-12) has lost nine of its last 10 games with Ball and Terry Rozier (ankle) missing significant time and Gordon Hayward (shoulder) out for the past eight games.

Just three games into his return from the injury, Ball did not meet with media after the game and head coach Steve Clifford said no update on his status was provided by the Hornets’ medical staff.

“He was great tonight,” Clifford said.

Ball had 26 points, including five 3-pointers, and six assists in the loss.

Charlotte is scheduled to visit the Cleveland Cavaliers on Friday.