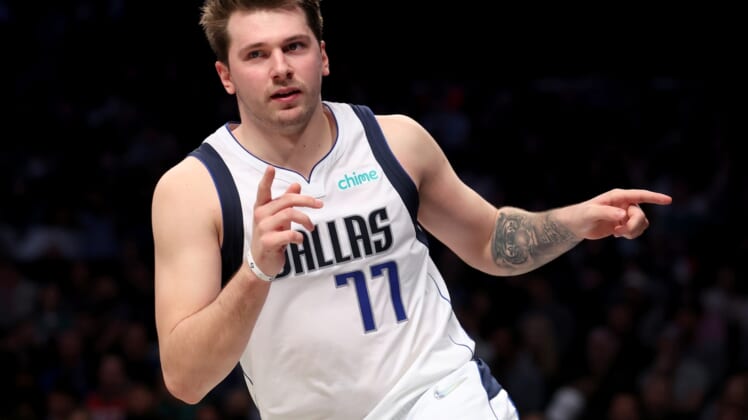 The Charlotte Hornets put the clamps on one of the NBA’s top scorers earlier this week. Now they’re looking for a repeat against another high-scoring foe.

The Hornets have had two nights off since winning their third straight game, a key result against the Atlanta Hawks on Wednesday to open a five-game homestand. Charlotte held Hawks star guard Trae Young to a season-low nine points, with his scoring averaging dipping to 28.0 points per game as a result.

“We have to keep proving ourselves, especially at that end,” Hornets forward P.J. Washington said of his team’s defense. “We haven’t been good all year. For us, it’s all about the defensive end. For us to come out and do that, it just shows that we can do it.”

The Mavericks took a 111-101 road loss to the Philadelphia 76ers on Friday in a matchup of two teams with 40-plus wins. It was just the second defeat for Dallas in the past 10 games.

“We have another one (Saturday) in Charlotte,” Mavericks coach Jason Kidd said. “We can’t play like we did (in Philadelphia).”

Charlotte will have another huge defensive assignment, as Doncic is tied with Young for fifth in the NBA in scoring.

“It’s overall playing solid defensively,” Hornets coach James Borrego said. “Being in the right spot, not gambling. Part of that is also not fouling.”

Defensive lapses have been problematic at times for the Hornets, who are trying to have the right mindset.

“It takes the entire team,” Charlotte forward Montrezl Harrell said. “These guys have done a great job of coming together and locking down on the details going into all these last (few) wins we’ve had.”

Washington added, “Our main downfall all this whole season has been giving up offensive rebounds. We try to pay attention to detail.”

The Mavericks weren’t pleased with a lack of flow on offense in Philadelphia. Part of that might have been facing the 76ers’ zone defense.

“We had good looks and we just didn’t make them,” Kidd said. “When you (go against zone), you have to be able to make shots.”

Doncic wound up with 17 points, 10 assists and seven rebounds. Jalen Brunson paced the Mavericks with 24 points.

The Hornets lost a bunch of tight games in February. By taking the lead with less than 4 1/2 minutes remaining and pulling away against Atlanta, it was an encouraging sign.

“When we’ve been good in the clutch in end-of-game situations,” Borrego said. “A lot of it comes down to our defense getting stops.”

Dallas is preparing for the finale of a five-game road trip, having gone 3-1 so far.

The Mavericks thumped the Hornets 120-96 on Dec. 13 in Dallas behind 24 points and 13 rebounds from the since-departed Kristaps Porzingis.