The popularity that comes with being a high school football player in Mississippi. Check!

Mary Kate Smith may look like your ordinary high school student. A blue-eyed looker, she obviously draws some attention from boys at South Jones High School in Mississippi. 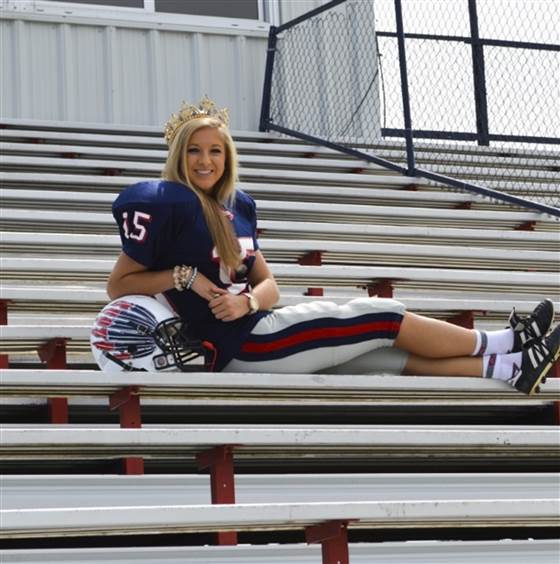 But her story is one that’s rarely told. The high school senior is not only a homecoming queen, she’s the starting kicker for the school’s varsity football team.

And a pretty good one at that.

As of mid September, Smith had hit on all but one of her field goal and extra-point attempts. She’s a bright spot during an otherwise down season for the football program. She’s also a representation of just how much the game of football has trended away from what was once an all-male sport.

The 17-year-old has received a scholarship from the Southern Mississippi to play soccer, but this hasn’t stopped her from acting like one of the boys on the football field.

I love it…It’s a competition, so I completely know where all of that is coming from. I love winning. I hate losing. I love competing out there and joking about it afterwards. It’s a great atmosphere.

In what could possibly be seen as an issue between her and other boys on the teams, it’s not that way. Smith enjoys the competitive fire and her teammates don’t seem to treat her much differently. It’s modern football in a southern state known for being anything but in tune with changes in American society in the past. 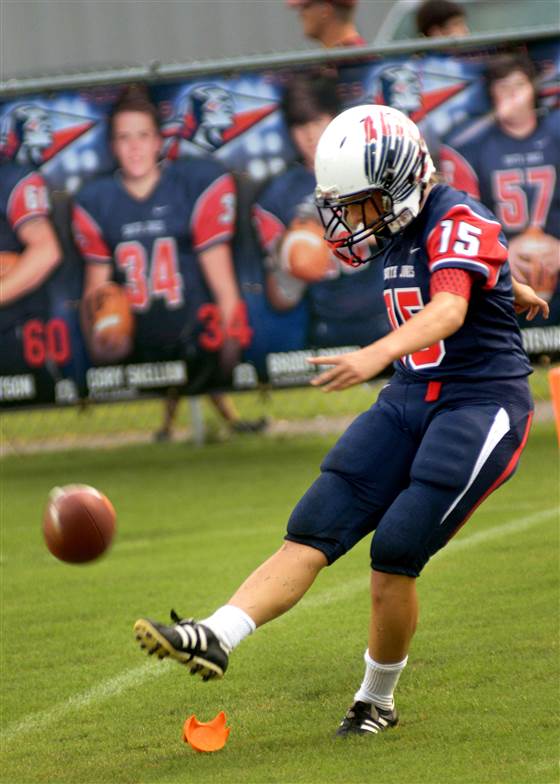 Smith made the decision to try out for the football team during the summer, knowing full well it was a long shot to make the team. But after she nailed a 40-yard field goal in practice, the coaches took note.

Concerns about how the community would embrace the school’s first female football player were quieted early on, as noted by Smith’s father (via Today.com).

Jesse Smith said he and his wife, Jennifer, are elated by how the community has embraced their daughter. “Here, in the South, where traditional values are very traditional, we were a little concerned about how well she’d be accepted,” he added. “We’ve been pleasantly surprised by the support that the community has shown her. We’ve got a renewed faith that things are equalized for her, and for girls like her.”

This is a pretty cool story surrounding a sport that has dealt with an image issue as it relates to how it has handled violence against women in the past. It’s also also a story that goes to show us just how much we are all prepared for change in the modern world.

While Smith will move on to Southern Miss as a soccer player, the imprint she has left on her community is much bigger than making a field goal on a Friday night. She’s someone other girls can look up to. And to be honest, it’s a really cool story.