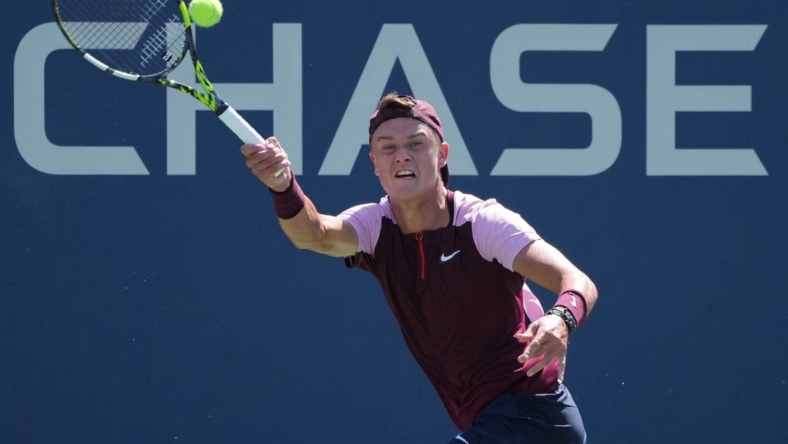 Holger Rune captured his maiden ATP Masters 1000 crown on Sunday by rallying to a 3-6, 6-3, 7-5 victory over sixth-seeded Novak Djokovic in the final at the Rolex Paris Masters.

Rune overcame a 3-1 deficit in the third set and saved six break points in the final game. The 19-year-old unseeded Denmark native went on to topple the 21-time Grand Slam champion, who had won his previous 13 matches overall and was pursuing his seventh Paris Masters 1000 title.

“It means everything to me, a perfect way to finish the week,” Rune said after defeating the Serbian. “It’s a privilege to share the court with Novak.”

Rune, who has won 19 of his past 21 matches, became the youngest champion in Paris since Germany’s Boris Becker in 1986. He also defeated Top 10 players Hubert Hurkacz of Poland, Andrey Rublev of Russia, Carlos Alcaraz of Spain and Canadian Felix Auger-Aliassime to reach his first Masters 1000 final.

Rune now will enter the Top 10 when the new rankings are released on Monday.

Djokovic did his best to put a smile on his face during the trophy presentation.

“I’m not happy that you beat me, but on the other hand I’m happy for you because I like your personality, you’re a very dedicated guy who loves tennis,” Djokovic said.

“You’ve put in a lot of hours of hard work, it’s paying off for you and your future is bright.”

It wasn’t looking good for Rune in the early going as Djokovic benefited from a dominating first serve.

Rune responded in the second set and overcame a brief stumble in the third to knot the set at 3-3. He then claimed a 6-5 lead with a break point in the decider and staved off six Djokovic break-point chances in winning a 17-minute game. The match ended when the Serbian sent the ball into the net to end the match.

“It was the most stressful game of my life,” Rune said of the marathon 12th game of the third set. “My heart was almost in my brain. I was already starting to think about the tie-break. I’m very proud I could finish it.”