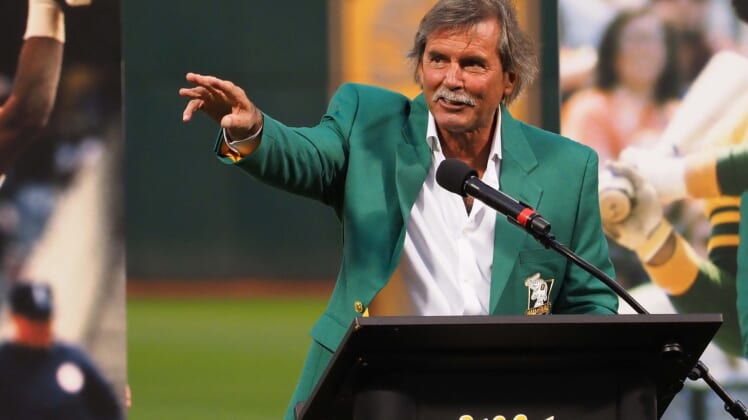 Baseball is set to hold its annual Hall of Fame induction ceremony in Cooperstown on Sunday.

One of the biggest backdrops is a rift between Boston Red Sox ace David Price and former MLBer Dennis Eckersley.

The spat won’t die down with Price going tit-for-tat with Eck, and the latter indicating that he has absolutely no intention of clearing the air in a face-to-face meeting.

Meanwhile, Eckersley is in Cooperstown with other Hall of Famers to celebrate the new class. One of his former teammates Wade Boggs, also a HOFer, is siding with the all-time great closer over Price.

“Everybody in the game loves Eck. He was a great teammate. And Price? Please. He should ask me what it used to be like to play in Boston,” Boggs said, via The Boston Globe. “These guys today don’t hear any noise compared to the stuff that was aimed at us. I mean, seriously. “Yuck?’ Give me a break.’’

Eck and Boggs were teammates with the Red Sox back in 1982 and 1983, Boggs’ first two seasons in the majors. Needless to say, there’s a friendship between the two.

The old guard going to bat for one another can’t be seen as too much of a surprise. Even in the modern era, the Boston media is one of the most fickle in the sports world.

But as Boggs’ notes, it does not compare in any way to the 1980s. One has to wonder how Price would have handled the criticism from media and fans alike some quarter century ago.