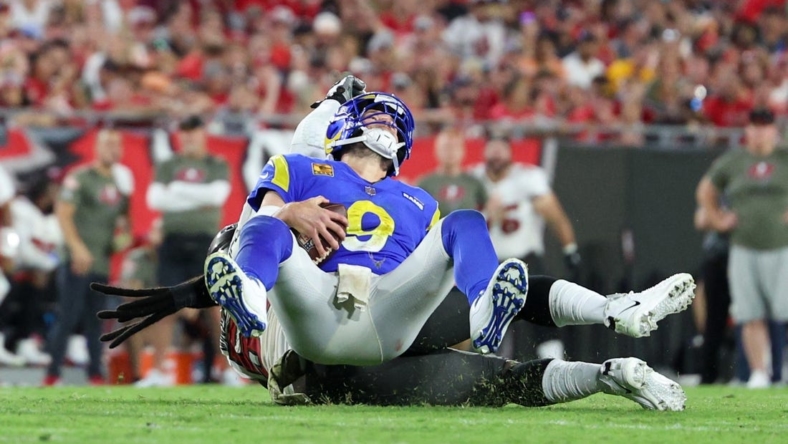 The New Orleans Saints had a winning record in each of the last five seasons.

Understandably high expectations ushered the franchises into the 2022 season.

But as they prepare to meet Sunday in New Orleans, both the Rams (3-6) and the Saints (3-7) have been hampered significantly by injuries and desperately need a win if they hope to turn their seasons in a positive direction.

“You’ve got to be more process-oriented than ever before,” Los Angeles coach Sean McVay said. “It’s easy to say that when things are going well, and now you really get forced to kind of put it to the test.”

Things got worse for the Rams this week when star wide receiver Cooper Kupp underwent ankle surgery that will sideline him indefinitely.

“We have to figure out how to accentuate the skill sets of the guys that will be playing,” McVay said.

The Rams also lost two starting offensive linemen because of health issues. Tackle Alaric Jackson will miss the rest of the season because of blood clots and guard Chandler Brewer will miss four to six weeks because of a knee injury.

Los Angeles did receive some good news Wednesday when quarterback Matthew Stafford, who had been in concussion protocol, practiced fully.

After poor offensive performances in consecutive losses to Baltimore (27-13) and at Pittsburgh last Sunday (20-10) Allen pondered benching quarterback Andy Dalton and returning to Jameis Winston, who was sidelined after three games because of a back injury but has been cleared to play.

“We’re going to go with Andy,” Allen said after practice Wednesday. “We discussed it as a staff. I got an opportunity to talk to both quarterbacks, and I feel like right now, Andy is the direction that we want to go.”

Dalton will try to get the offense back on track while playing without a majority of his starting offensive linemen.

Left tackle James Hurst, who was sidelined by a concussion during last week’s game, didn’t practice Wednesday, nor did left guard Andrus Peat, who missed last week’s game because of a triceps injury.

Center Josh Andrews, who moved into the starting lineup when Erik McCoy went on injured reserve last week, missed practice because of illness, as did right tackle Ryan Ramczyk.