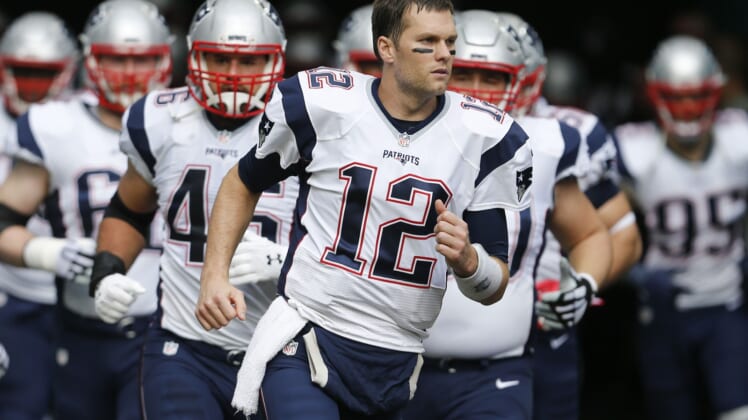 Kansas City Chiefs quarterback Patrick Mahomes has set the NFL on fire this year, setting some new league records along the way.

The first and second facts listed here are a bit at odds with one another, however, as he prepares to take his team into Gillette Stadium for a date with Tom Brady and the New England Patriots.

As noted by Peter Schrager of Fox Sports, quarterbacks 25 and under have won just a single game at Gillette Stadium…in 42 tries.

The only 25-and-under quarterback who did pull off the trick (so far) just so happens to be a player nobody in the league will hire.

Quarterbacks 25 and under are 1-41 all-time in regular season games played in Gillette Stadium.

The only QB 25 or younger to win one?

History doesn’t predict what will happen tomorrow. Records are meant to be broken.

It’s quite possible that Mahomes will defy the odds. Then again, it’s also worth pointing out that, in the two games since he opened the season with 13 touchdowns in his first three games, he’s thrown just one touchdown and two interceptions.

Watching Mahomes and Co. take on Brady and the Pats Sunday night is going to be fun, no matter how it turns out.