Hernan Losada out as head coach of D.C. United 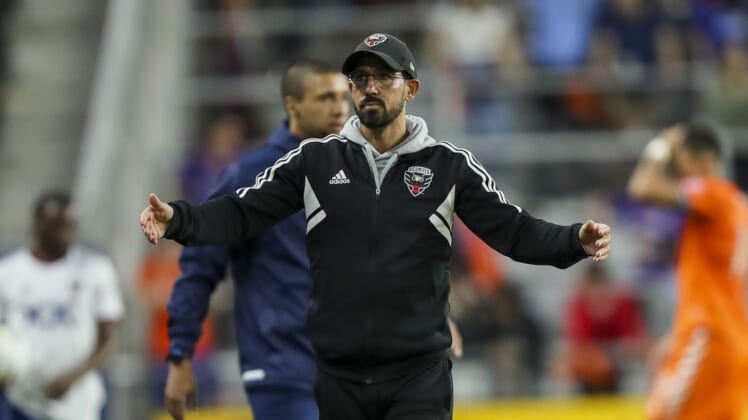 D.C. United fired head coach Hernan Losada on Wednesday after a 2-4-0 start to the season.

Replacing him on an interim basis will be assistant coach Chad Ashton, who has been with the organization since 2007. This is his second go-round in the role, serving as interim coach when Ben Olsen was fired in the 2020 season.

“We’d like to thank Hernan for his time at the club and the energy he brought, as well as the attack-minded, front-foot philosophy and style of play he instilled within our club,” sporting director Dave Kasper said in a news release. “We wish him great success moving forward.”

The club won its first two MLS games of 2022 against Charlotte and Cincinnati, then lost four in a row to Chicago, Toronto, Austin and Atlanta.
D.C. United defeated NISA side Flower City Union in the Lamar Hunt U.S. Open Cup on Wednesday.

Losada, a 39-year-old from Argentina, installed a new way of thinking in Washington, placing an emphasis on fitness that led to tension with some of the players. His relationship with ownership, Kasper and general manager Lucy Rushton also was strained, The Athletic said.

D.C. United will return to play Sunday against the visiting New England Revolution.