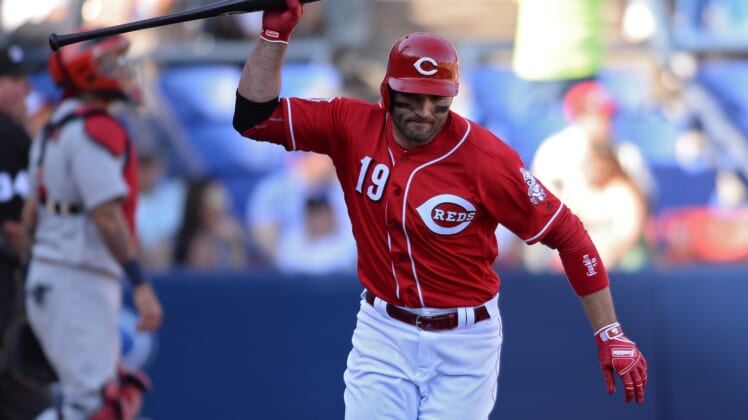 Former National League MVP Joey Votto is known as one of the most disciplined hitters in the game. The Cincinnati Reds’ first baseman has posted a .300-plus average nine times in his 12-year career. He’s also walked 100-plus times in six different seasons.

What Votto had not done in his career prior to Wednesday’s game against the Los Angeles Dodgers was pop out to first base. This isn’t fake news. It’s an actual statistic. And it might be the most ridiculous stat we’ve seen thus far this season.

Votto’s first pop out to that position came in the eighth inning of Wednesday’s game against Dodgers reliever Pedro Baez.

That’s over 6,800 career plate appearances without recording an out through the air to his counterpart at first base.

There’s bat discipline. There’s an elite-level ability to make contact. Those are two things that make Votto one of the better hitters of his generation.

Even then, this statistic is almost too ridiculous to comprehend. It just goes to show us how good Votto has been with the stick during his likely future Hall of Fame career.