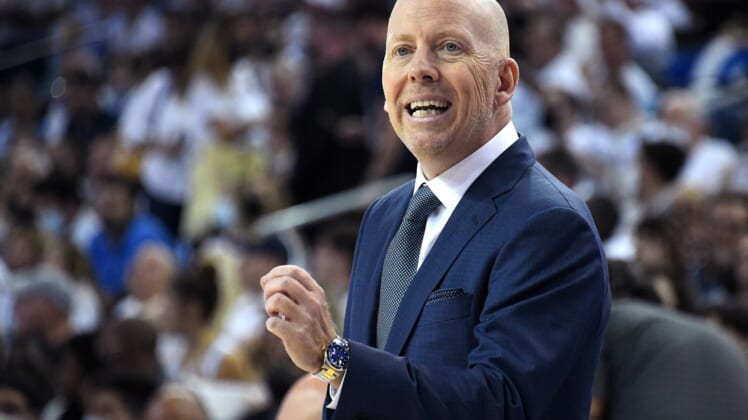 Desperate to get back on the court, No. 5 UCLA called its Los Angeles-area neighbor down the 405 freeway and added a second nonconference game against Long Beach State this season.

UCLA will play host to Long Beach State on Thursday in an early-evening game with only family members of each program allowed to attend.

The Bruins have not played a game since they defeated Marquette at Milwaukee on Dec. 11. A COVID-19 outbreak followed that started with head coach Mick Cronin and spread to all but three players.

A Pac-12 game against Arizona (Dec. 30) was postponed as well as two attempts to play Arizona State, including a makeup game Wednesday when the Sun Devils program couldn’t play because of COVID-19 issues. Games against Washington and Stanford also need to be rescheduled.

Also in jeopardy are games against Oregon and Oregon State next week after both programs postponed games in recent days.

Cronin has continued to line up other potential nonconference opponents in case the need arises, also exploring Division II options. A third game this season against rival Southern California also has been discussed.

“I know it would be a loss, but I’d take the Lakers at this point because our guys want to play,” Cronin said.