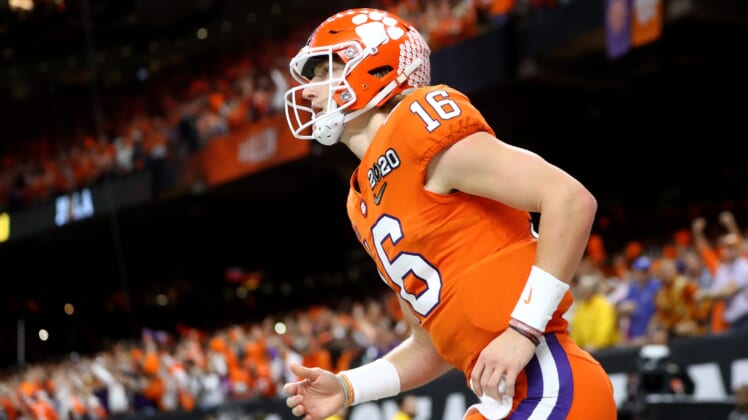 A report earlier on Saturday concluded that the 2020 college football season is as good as done due to the ongoing COVID-19 pandemic.

Whether said report comes to fruition with an announcement here soon remains to be seen. But one of college football’s top stars is now speaking out on the topic.

This is significant in that Lawrence could have decided to opt out of the season and prepare for the 2021 NFL Draft. He’s seen as the unquestioned No. 1 overall prospect in the nation.

Regardless, it’s going to be intriguing to see how other top players respond around the nation after others have decided to use that opt-out clause.

If the season does indeed take place this fall, it’s more than likely going to be with teams in the Power Five playing conference-only schedules. The SEC, Big Ten and Pac 12 have all already made that announcement.

Meanwhile, the ACC is playing primarily conference-only games after adding Notre Dame to the mix for the 2020 campaign.

A decision will obviously have to be made here within the next week with the season set to open up in three weeks.

As for Lawrence and his Clemson Tigers, they came away with the top spot in the first Coaches Poll of the season.