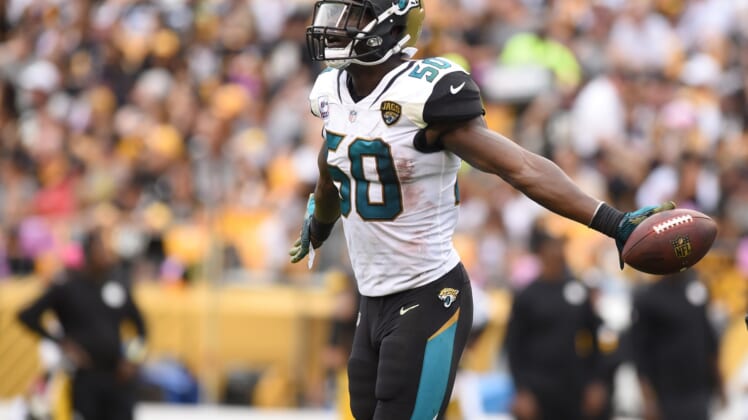 Multiple police officers and officers for the Jacksonville Sheriff’s Office were at the home of former Jacksonville Jaguars linebacker Telvin Smith on Wednesday.

According to News4Jax’s Vic Micolucci, the heavy police presence reportedly came after local police obtained a search warrant for the premises. A live feed by the station also showed a tow truck loading up a black SUV.

Smith, who announced in May that he would sit out the 2019 season, played football for the Florida State Seminoles for four years before being selected as a fifth-round pick in the 2015 NFL Draft.

Later video showed Smith’s registered vehicle, a black Cadillac Escalade, being towed away from his home and escorted by police.

Smith is currently on Jacksonville’s reserve/retired list following his decision to step away from football before the season. In a statement, the team told ActionNewsJax’s Tenikka Smith Hughes to reach out to Smith’s representatives for comment.

Police have provided no further information regarding the search warrant and police presence on Wednesday night.