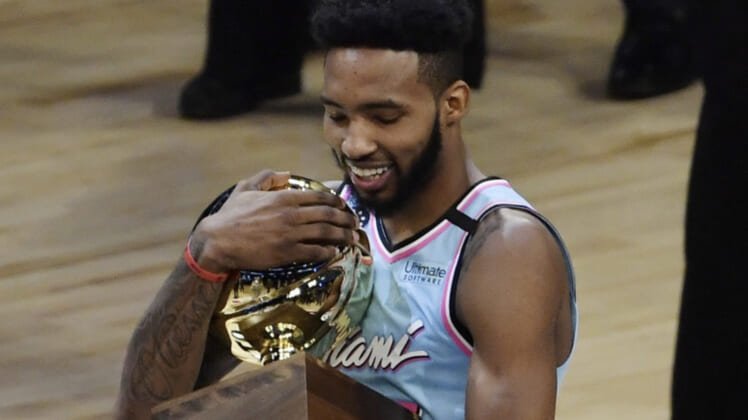 “In the aftermath of his narrowly claimed slam dunk contest win, Jones Jr. signed a multiyear footwear and apparel endorsement deal with Puma, adding the 6-foot-6 high flier to a select group of NBA and WNBA athlete partners with the company,” ESPN’s Nick DePaula reported Monday.

Jones and Gordon put up two of the most-epic performances in the recent history of the contest before judges seemingly robbed Gordon of the title.

This is going to equate to a nice little pay day for a player in Jones who is averaging less than seven points per game throughout his four-year NBA career.

The 23-year-old wing also noted that he plans on defending his title next year in Indiana.