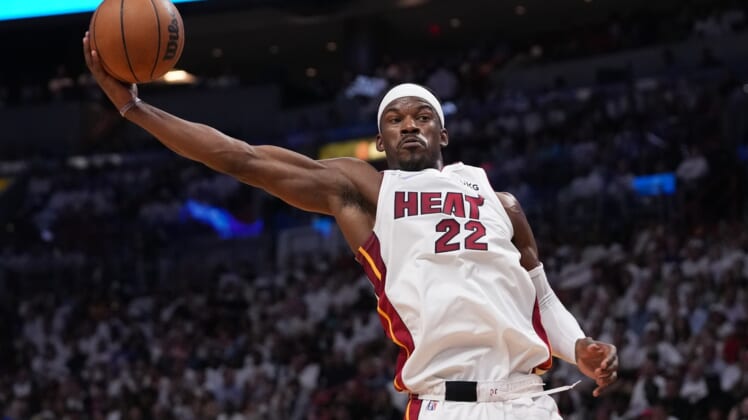 Off the bench, Miami got 19 points from Victor Oladipo and 18 from Tyler Herro. They combined to sink 6 of 9 from 3-point range, including a game-sealing bomb from Oladipo with 1:39 left off Butler’s 11th of his 12 assists that made it 114-101.

Tyrese Maxey pumped in 34 points for Philadelphia on 12 of 22 shooting, while James Harden finished with 20 points and nine assists. Tobias Harris chipped in 21 points for the 76ers, who hope to get NBA scoring champion Joel Embiid (multiple injuries) back into the lineup for Game 3 on Friday night in Philadelphia.

But it will take more than Embiid’s 30.6 points and 11.7 rebounds per game to get the 76ers back in this series. They’ll have to tighten up a defense that’s allowed 112.5 points per game in this series. The Heat dissected them for 51.3 percent shooting from the field on Wednesday, including 14 of 29 on 3-pointers.

Miami also dominated the boards 44-34 and stopped Harden in his tracks in the second half. Harden managed just four points after halftime.

Philadelphia led for most of the first quarter, but the Heat took command for good late in the period. Butler had a hand in the first seven points of a 9-2 burst with one assist to Herro and two to Dewayne Dedmon before Herro drove for a layup with 1.2 seconds left to make it 31-24.

Miami pushed the lead as high as 14 points in the second quarter before the 76ers made a late push. Harden drew a three-shot foul with 0.1 seconds remaining and drained all of the foul shots to pull Philadelphia within 60-52 at halftime.

But the Heat steadily increased the lead in the third quarter, going up 76-61 on a 3-pointer by Max Strus and using Herro’s floater to take a 91-80 cushion to the fourth.