Heat pull away from Cavs in second half 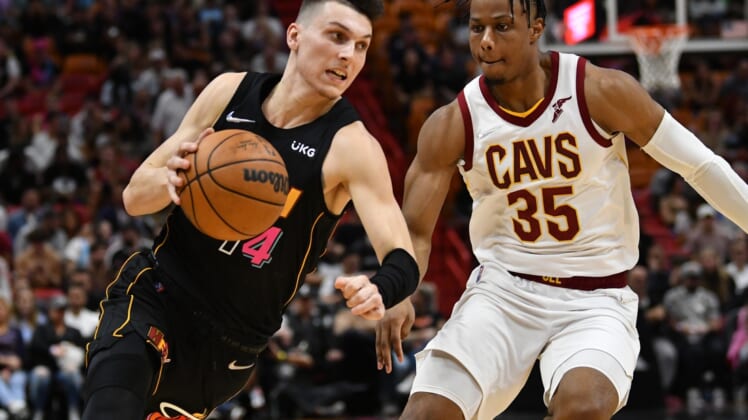 Jimmy Butler, who returned after a one-game absence caused by a sinus issue, scored 11 points during the crucial third quarter, leading the host Miami Heat to a 117-105 win over the Cleveland Cavaliers on Friday night.

Butler finished with 24 points, five assists, four rebounds and three steals. He was the key as Miami stretched a one-point halftime lead to 13 after three quarters.

Miami also got 30 points and 17 rebounds — both game highs — from Bam Adebayo and 22 points off the bench from Tyler Herro while winning for the 13th time in 16 games. Reserve Max Strus added 17 points.

Miami was without Caleb Martin, who hyperextended his left knee on Wednesday in a loss to the Phoenix Suns.

Cleveland’s Caris LeVert worked out before the game and appears to be close to returning from a foot injury. However, he still missed his eighth straight game.

Miami led 28-18 after the first quarter, thanks to 55.6 percent shooting from the floor. Cleveland shot just 29.2 percent.

Cleveland shot much better in the second quarter — 68.4 percent — while cutting its deficit to 58-57 at halftime. Garland had 12 points in the quarter and Markkanen had 10 points on 4-for-4 shooting.

Cleveland cut its deficit to 107-99 with 3:57 left in the fourth quarter, but Butler scored from the post to start a personal 6-0 run that put the game away.

Miami finished with a 30-10 edge on points off turnovers, as Cleveland gave the ball away 18 times to the Heat’s nine.