Heat hope to get road trip off the ground vs. Rockets 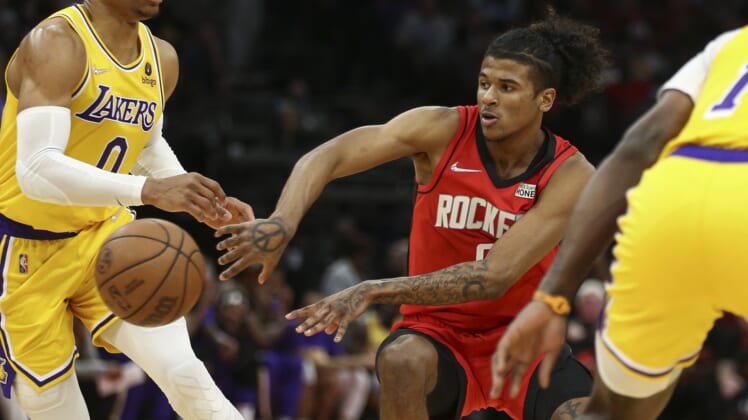 Miami coach Erik Spoelstra had just engineered a victory over the Washington Wizards with only eight players available, a development worthy of gushing praise and sincere reflection.

The Heat improved to a season-high nine games over .500 with a 119-112 home win on Tuesday, capping a 4-0 homestand in advance of the longest road trip of the season, a six-game jaunt which will begin Friday in Houston against the Rockets.

That roadie was shortened from its original seven games when the Heat’s Wednesday contest against the San Antonio Spurs was postponed because Miami did not have enough players available to participate. Max Strus and P.J. Tucker joined and expanded the list of Heat players sidelined by health and safety protocol to six.

Miami was too short-handed to play against the Spurs and might be in the same situation Friday.

“It doesn’t mean that there’s not anxiety about all of this stuff,” Spoelstra said after the Heat defeated the Wizards. “I think everybody just has some kind of feeling. I know I have anxiety every time I have to go test. I feel 100 percent, and you feel like you’re just leaving things up to chance. But I get it.

“This team has great resolve and just a great positive approach every single day. We’ve been getting these kinds of news updates the past month, whether it’s injuries or COVID, and guys just keep on trying to find solutions.”

The Rockets got reinforcements of a different kind Tuesday against the Los Angeles Lakers when the starting backcourt of Kevin Porter Jr. and Jalen Green appeared in the same game for the first time since Nov. 24, when Houston began a seven-game winning streak with a victory over the Chicago Bulls.

Porter (thigh contusion) and Green (hamstring) were set to play with minutes restrictions against Los Angeles, but instead logged 34 and 38 minutes respectively in a 132-123 loss, the Rockets’ fifth straight setback. While the Lakers had grizzled veterans LeBron James, Carmelo Anthony and Russell Westbrook on the court for much of a white-knuckle fourth quarter, the Rockets played a trio of rookies in Green, Alperen Sengun and Josh Christopher plus the 21-year-old Porter.

That Houston held its own despite the experience disparity was noteworthy.

“I think it’s more of an indicator of who they are right now,” Rockets coach Stephen Silas said. “They do know that they will get there, but for them to stand up and compete right now and not back down and not be in awe and not think that we don’t have a chance to win says a lot about the character of those guys.

“They’re young and they’re going to make mistakes, but it really speaks to their character and the competitiveness and the drive of those guys playing against the best. Like I said, I was proud of them as well as other guys. The whole group stood up after a tough game in Charlotte where we didn’t look very good. And our character as a team shows when needed most, and that’s the most important thing.”