Heat get well vs. Kings as Jimmy Butler scores 27 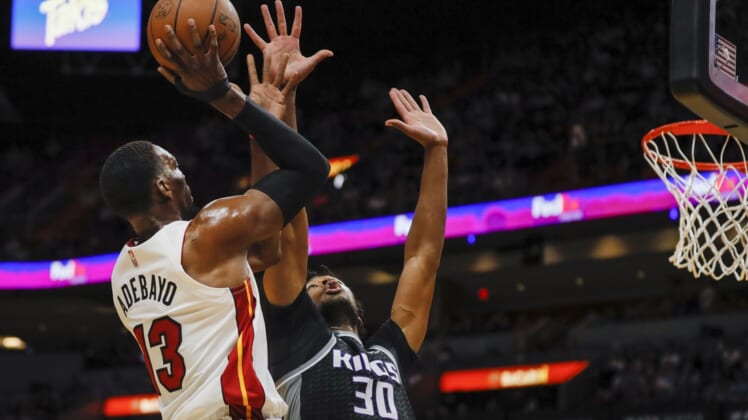 Jimmy Butler scored a game-high 27 points — including a season-high three 3-pointers — as the Miami Heat broke a season-worst four-game losing streak with a 123-100 win over the visiting Sacramento Kings on Monday night.

Butler, who also had a team-high eight assists and five rebounds, made 10-of-14 shots, including 3-of-5 on 3-pointers.

Heat coach Erik Spoelstra, who missed one game due to family reasons, returned to the team. Spoelstra also made a change in his starting lineup, using Duncan Robinson off the bench. for the first time since Jan. 15. Max Strus started in his place, scoring eight points. Robinson had 15 points.

By halftime, Adebayo already had a double-double –12 points and 11 rebounds — as Miami extended its lead to 57-41. Butler had the biggest-scoring second quarter with nine points.

Miami was never threatened in the fourth quarter.

Sacramento shot 45.7 percent from the floor, including 12-for-35 on 3-pointers (34.3 percent). The Kings trailed for almost the entire game.