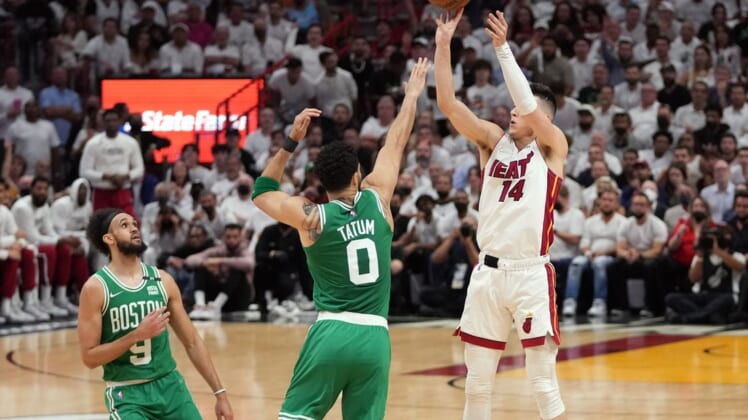 Miami Heat reserve guard Tyler Herro is listed as questionable for Game 6 of the Eastern Conference finals after missing the past two games with a left groin strain.

The Heat lost both games without Herro, who is the NBA Sixth Man of the Year this season. Miami averaged 81 points in the two setbacks to see the Boston Celtics take a 3-2 lead in the series.

Boston can clinch a berth in the NBA Finals when the teams meet Friday night on the Celtics’ home floor.

Also notable is that Miami star Jimmy Butler is no longer listed on the injury report. Butler missed the second half of Game 3 with right knee inflammation and struggled in the past two games.

After averaging 35 points in the first two games, Butler has averaged nine in the past three. He was a combined 7-of-32 shooting across Games 4 and 5.

Strus has missed all 16 of his field-goal attempts over the past two games while Lowry is 1-for-12.