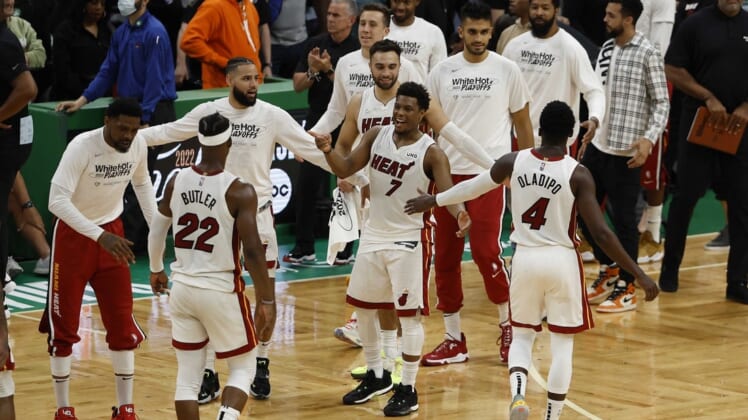 The NBA fined the Miami Heat $25,000 on Saturday for violating league rules on team bench decorum.

The violations occurred during Friday’s 111-103 victory against the host Boston Celtics in Game 6 of the Eastern Conference finals.

“On multiple occasions, several players stood for an extended period in Miami’s team bench area, stood away from the team bench, and were on, encroaching upon or entering the playing court during live game action,” the league said in a press release.

Game 7 is Sunday night in Miami, with the winner advancing to face the Golden State Warriors in the NBA Finals.