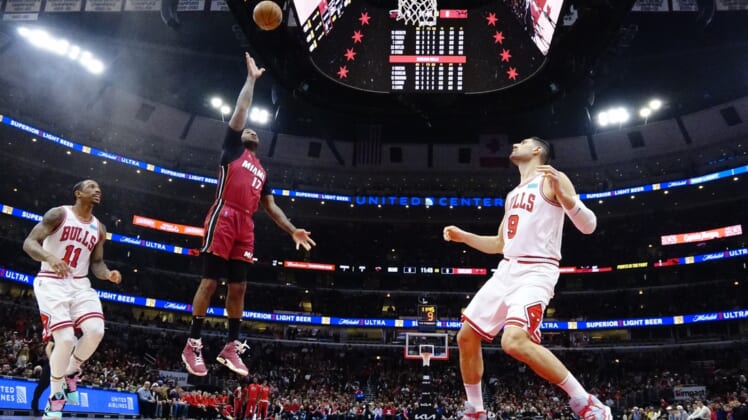 Miami (50-28), which leads the Eastern Conference and swept all four games from Chicago this season, also got 19 points off the bench from Tyler Herro. Butler had a well-rounded game with seven rebounds and six assists as the Heat improved to 23-15 on the road.

Heat center Bam Adebayo had 16 points on 7-for-9 shooting, and he added seven rebounds and three assists.

The Heat shot the ball well all night, hitting on 53.7 percent from the floor, including 17-for-34 on 3-pointers.

They cooled off slightly but still led 31-30 at the end of the first quarter, shooting 63.6 percent as compared to 42.9 percent for Chicago. The Bulls stayed in the game due to their zero turnovers and 11 points from LaVine.

In the fourth quarter, Chicago went on a 7-0 run, cutting its deficit to 111-97. But a Herro 3-pointer ended Chicago’s momentum, and Miami cruised from there.