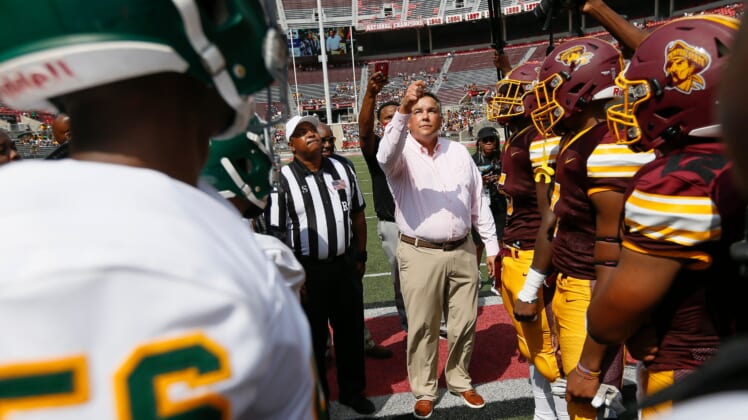 On February 19, 2022, the NFL will partner with the Black College Football Hall of Fame to bring the HBCU Legacy Bowl — an exhibition game featuring the top draft eligible talent from Historically Black Colleges and Universities (including players from non-HBCU Chowan University) to be aired live on the NFL Network.

As the game gets closer, the NFL Network has announced its broadcast team which will include longtime network Steve Wyche on play-by-play, Charles Davis as game analyst and former NFL cornerback Bucky Brooks as field analyst.

Wyche is the only alumnus of an historically black college on the broadcast, graduating with a Bachelor’s of Arts degree in Journalism from Howard University in 1989.

The excitement around HBCU football is at it’s peak following the announcement that the number two high school football recruit in the country Travis Hunter committing to play at Jackson State University, making him the first five-star recruit to commit to a FCS school and an HBCU.

He will be playing under head coach Deion Sanders who just led Jackson State to their first SWAC conference championship since 2007 and will be playing in the Celebration Bowl against South Carolina State on Saturday.