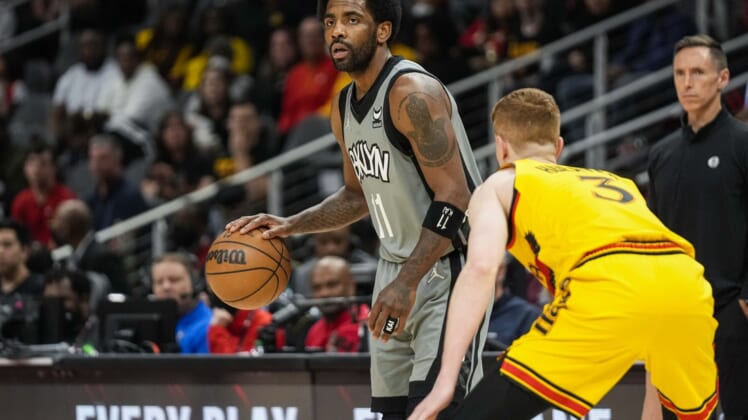 Trae Young scored 36 points — nine in the final minute — to help the Atlanta Hawks offset a career-high 55-point night from Kevin Durant and hang on to beat the visiting Brooklyn Nets 122-115 on Saturday.

After Brooklyn cut Atlanta’s lead to 111-108 on a Durant dunk with 1:23 remaining, Young scored on a floater and 3-pointer to push the lead back to eight points with 23.5 seconds left. The Hawks were 6-for-6 at the line in the final minute, four by Young, to put the game away.

Atlanta (41-37) won its fifth straight game and moved into No. 8 in the Eastern Conference, dropping Brooklyn (40-38) into the 10th spot. Atlanta finished the season 1-2 against Brooklyn and broke a three-game losing streak against the Nets.

Young was 10-for-24 from the floor, four of them 3s, and 12-for-14 from the line, along with 10 assists and six rebounds for his 39th double-double. De’Andre Hunter and Danilo Gallinari each scored 15.

Durant was 19-for-28 from the floor and 8-for-10 on 3-pointers with seven rebounds and bested his career high of 54 points against Oklahoma City set in 2014.

Brooklyn had a 10-point lead early in the first quarter and led 30-28 thanks to 15 points from Durant. But Atlanta’s aggressive approach led to a season-high 30 free throws in the half, 22 of them successful. The Hawks led 65-50 when Gallinari drained a long 3-pointer with 0.8 seconds left in the half.

The Hawks led by as many as 15 points at the 5:45 mark of the third quarter on Young’s 3-pointer but could not slow Durant. He scored 19 points in the period and the Nets were able to cut Atlanta’s lead to 94-87 entering the fourth quarter.

Both teams return to action on Tuesday, with Brooklyn hosting Houston and Atlanta traveling to Toronto.