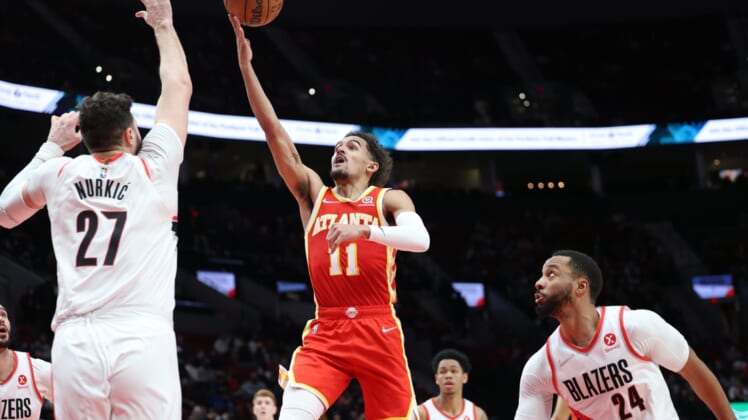 Atlanta star guard Trae Young is slated to return to the lineup on Friday night when the Hawks visit the Los Angeles Lakers.

Young sat out Wednesday’s victory over the Sacramento Kings due to lower-back soreness. The Hawks declared Young as “available” approximately one hour before Friday’s tipoff.

On Monday, Young scored a career-best 56 points — the most by an NBA player this season — during a 136-131 road loss against the Portland Trail Blazers.

Young entered Friday ranked second in the league in scoring (28.4 points per game) and third in assists (9.5) while playing in 33 games.