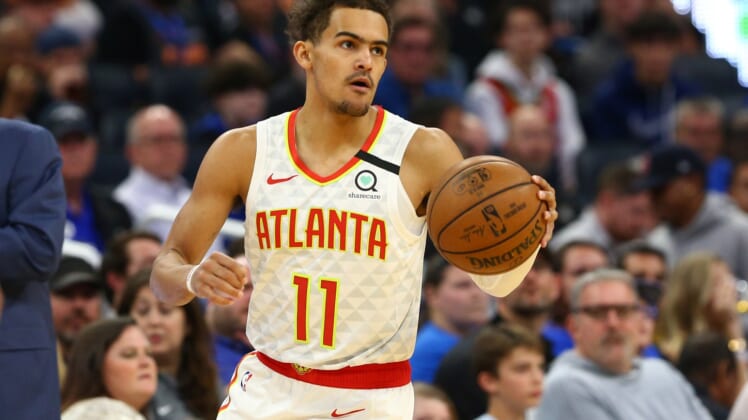 Some of the top stars around the NBA are planning to join in on a televised HORSE competition that will be aired on ESPN during the COVID-19 work stoppage.

It’s a way for quarantined fans to get their live basketball fix as the pandemic continues to spread across the United States.

Second-year Atlanta Hawks star guard Trae Young is among those who will compete. And by the looks of it, he’s going to have an absolute blast. The dude is already calling his shot.

This is an unfair competition. If Stephen Curry isn’t going to be joining, there’s no reason to believe anyone outside of Mr. Young will come out on top. He has hit absurd shot after absurd shot in less than two seasons in the NBA.

We don’t need to go on any further. Zach LaVine, Chris Paul and whoever else takes on Young in this HORSE competition is going to be utterly humiliated on national television.