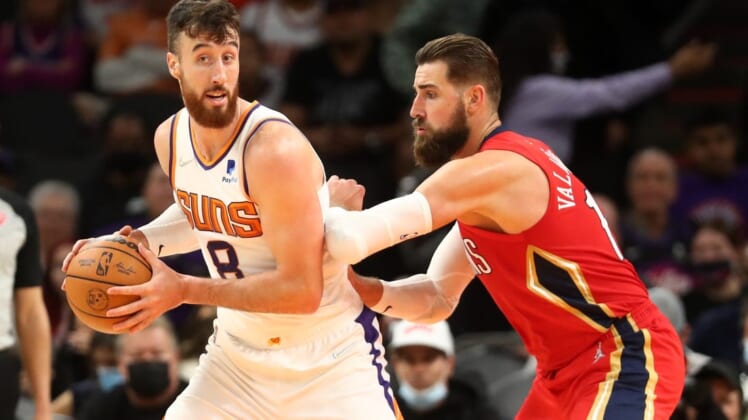 Terms were not announced by the club, but reports say it’s a one-year deal worth $2.46 million.

Kaminsky, 29, played the last three seasons with the Phoenix Suns, but he appeared in only nine games (no starts) in 2021-22.

It was announced on Nov. 21, 2021, that Kaminsky would miss the remainder of the season due to a stress reaction in his right knee. He was waived by Phoenix in April.