Hawks ease by Cavs into playoffs 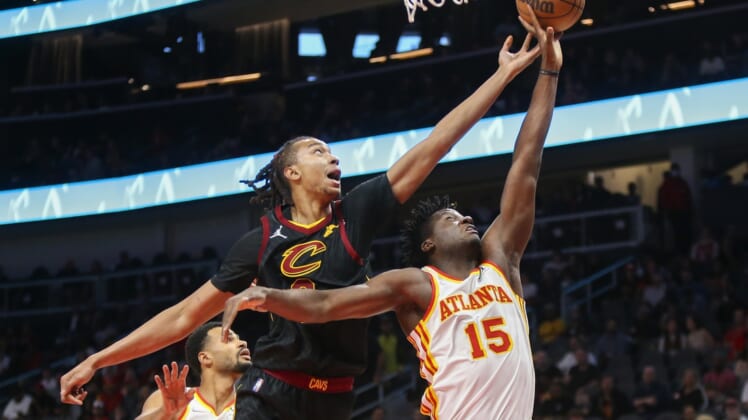 Trae Young put up 30 points and nine assists to help the Atlanta Hawks win their fourth straight game and clinch a spot in the playoffs with a 131-107 win over the visiting Cleveland Cavaliers on Thursday.

Atlanta (40-37) has won nine of its last 12 games and moved into a tie with idle Charlotte for the No. 9 spot in the Eastern Conference. Cleveland (42-35) has lost two straight and five of its last six.

Atlanta, which never trailed, won three of the four games against Cleveland this season.

Atlanta’s Kevin Huerter scored 23 points, his fourth straight game with at least 20 points. Both centers had double-doubles: Clint Capela with 12 points, 14 rebounds and three blocks, and Onyeka Okongwu with 17 points and 12 rebounds.

Cleveland was led by Cedi Osman, who came off the bench to score 21. Darius Garland added 18 points and eight assists. Moses Brown tied a season high with 15 points and grabbed a career-high 13 rebounds.

Kevin Love made a pair of 3-pointers to pass Kyle Korver with the most treys off the bench in team history (154).

Atlanta had great success pounding the ball inside in the first quarter, as Capela had eight points and eight rebounds to help the Hawks jump out to a 36-28 lead.

Atlanta built the lead to 13 points on a floater by Okongwu at 8:21, and the Cavs cut the deficit to single digits one more time before the half, which Atlanta led 66-53.

The Hawks scored the first seven points of the third quarter to push the lead to 20 points and led by as many as 26.