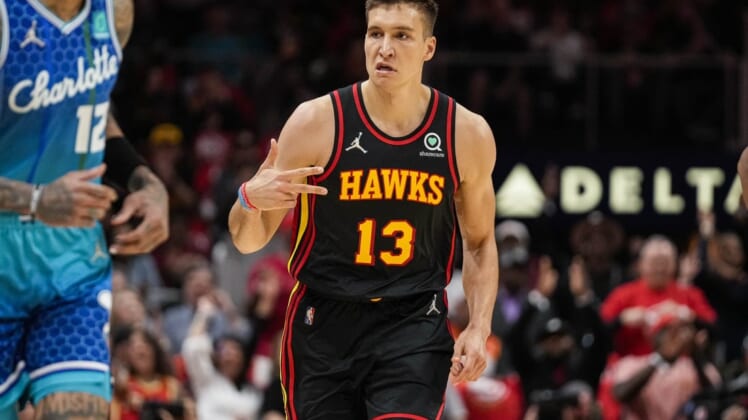 Bogdanovic, 29, had surgery on his right patella tendon after the season to address knee inflammation.

Johnson, 20, underwent a non-surgical procedure on his left knee after the season to address tendinitis.

The Hawks’ season ended on April 26 with a 4-1 series loss to the Miami Heat in the first round of the playoffs.

Johnson, the 20th overall pick in the 2021 NBA Draft, appeared in 22 games off the Atlanta bench as a rookie and averaged 2.4 points and 5.5 minutes.