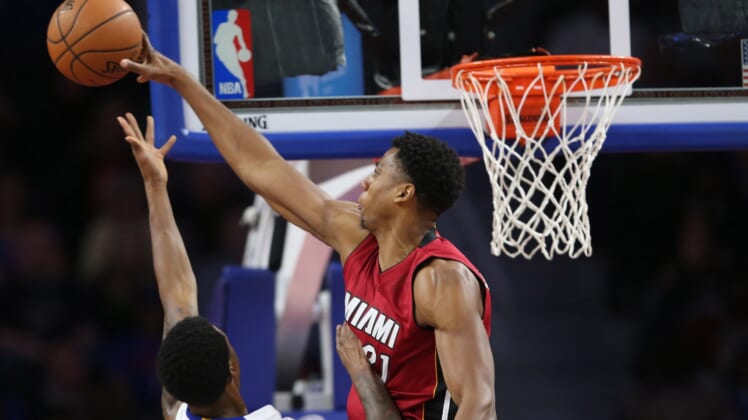 The Portland Trail Blazers are pulling out all the stops to pull even with the rest of the top teams in the Western Conference and are reportedly finalizing a trade for Miami Heat star center Hassan Whiteside.

Per Adrian Wojnarowski of ESPN, Portland will send Mo Harkless and Meyers Leonard to Miami in exchange for Whiteside.

Harkless is a valuable bench player who excels on defense, and he could be a nice fit in Miami. Meyers Leonard showed the ability to break out during the playoffs, but for his entire seven-year career in Portland he’s been nothing more than a second-string big man who has averaged 5.6 points and 3.7 rebounds per game.

Whiteside is a dominant big man who excels at rim protection and hauling down rebounds. Last year in Miami, he averaged 12.3 points, 11.3 rebounds, and 1.9 blocks per game.

He’s also on an expiring deal and will be a free agent next summer, so it’s a short-term investment that could have long-term implications, depending on how Jusuf Nurkic recovers from his serious leg injury next year.

Needless to say, the Blazers are upgrading their frontcourt with this move.