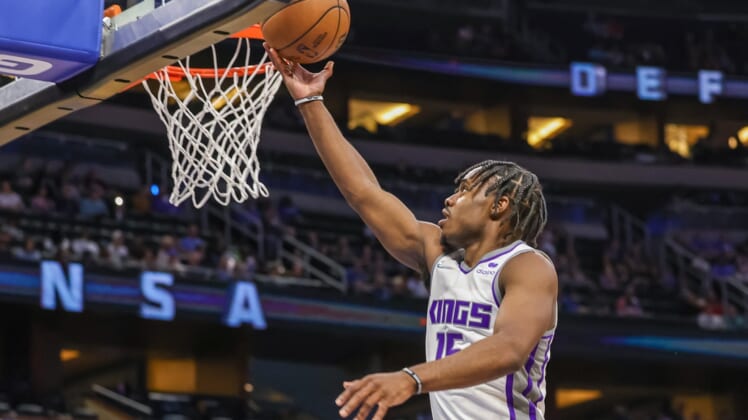 Mitchell (10-for-23 shooting) reached double figures for the seventh consecutive game as Sacramento started 2-0 on its current five-game road trip. The Kings also posted consecutive wins for the first time since they defeated Minnesota on Feb. 9 and Washington on Feb. 12.

The Kings outscored the Magic 9-5 in the overtime period. Orlando’s final points came on Cole Anthony’s long two-pointer with 1:51 remaining, and Donte DiVincenzo and Barnes both made triples inside the final minute of overtime as the Kings ended the game on a 7-0 run. DiVincenzo added a free throw with 6.9 seconds left, securing Sacramento’s 11th road win this season.

Orlando squandered a 105-97 lead late in regulation. Trey Lyles’ putback with 21.5 seconds remaining pulled the Kings within 105-103 and Mitchell’s backcourt steal and layup made it 105-all with 12.9 seconds to go.

The Magic had an opportunity to win in regulation, but Chuma Okeke missed a 3-pointer near the left corner as time expired.

Franz Wagner paced the Magic with 19 points and nine rebounds. Moe Wagner had 15 points, six rebounds and five assists in 19 minutes off the bench and Anthony had 14 points, nine assists and seven rebounds.

Mo Bamba totaled 18 points and 13 rebounds and Markelle Fultz contributed a season-high 16 points off the bench for Orlando.

Fultz made 7 of 14 shots in 20 minutes before exiting with just over five minutes remaining. The former No. 1 overall draft pick was appearing in his 11th game this season after suffering a torn left ACL in January 2021.