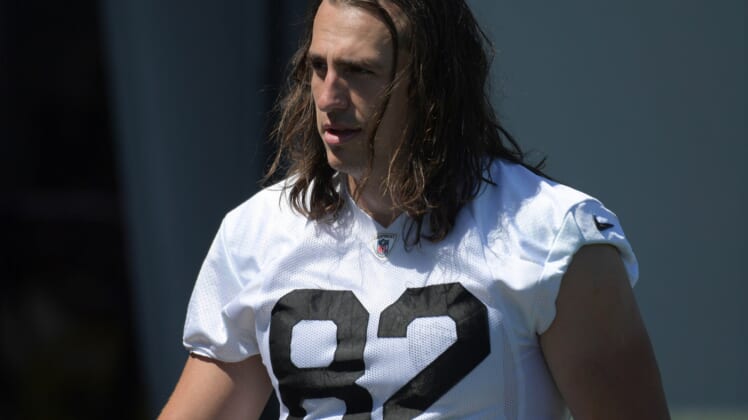 Tight end Luke Willson was heavily featured on HBO’s “Hard Knocks” this summer, but after a rough go of it the past couple of weeks he has been cut.

Mike Garafolo of NFL Network reported that the Oakland Raiders are releasing Willson on Friday:

Oakland has a competitive tight end room. Given the emergence of Darren Waller as the definitive starter, and some other young guys stepping up, there just wasn’t enough room for the 29-year-old veteran.