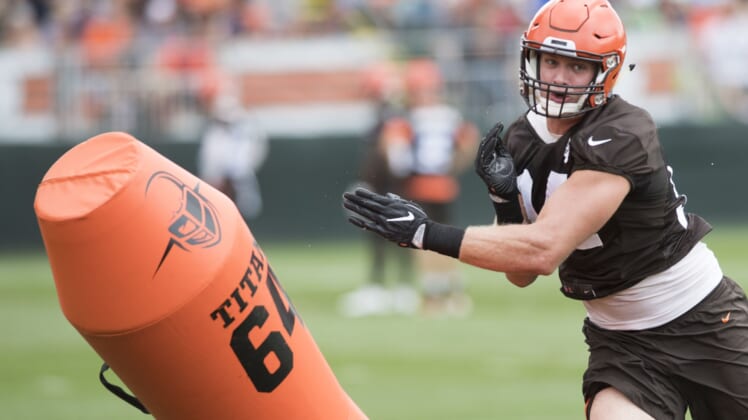 In two seasons with the Browns, Nassib recorded 5.5 sacks and was in on 51 tackles. Nassib’s height (6-foot-7) made him an asset on the line, as well. Over two seasons, he defended nine passes and also blocked one kick.

Nassib gained extra notoriety in 2018 when he was seen talking to teammates about financial planning on HBO’s “Hard Knocks.” Other stars this year’s season, Devon Cajuste and Nate Orchard, were previously waived on Saturday.