Hapless Browns closing in on NFL history … not the good kind 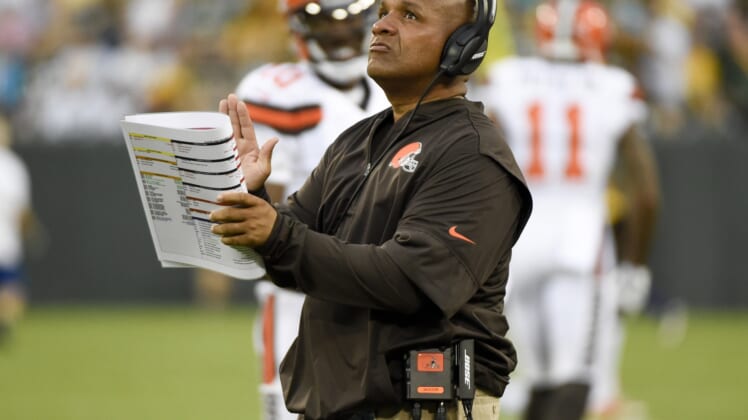 Despite some impressive play that led to a halftime lead in London Sunday, the Cleveland Browns fell apart and fell to 0-8 on the season. This puts the team in rare company with another historically bad team, the early 1990s-era Cincinnati Bengals.

Michael David Smith of Pro Football Talk pointed out that Cleveland is now the first team since the 1993-1994 Bengals to start 0-8 in consecutive years. He further notes that, with just five more losses in a row (hardly a stretch of the imagination), the Browns will become the first team in NFL history to open two consecutive seasons with a record of 0-13.

Since Hue Jackson took over last year, the Browns have won just one game. They’re 1-23 since the start of the 2016 season, and that one win was so hard to come by it caused tears to flow last year.

The head coach said before the start of this year he’d swim in Lake Erie if the Browns went 1-15 again. And at this rate, he might not have to, because an 0-16 season doesn’t look to be too far out of reach.