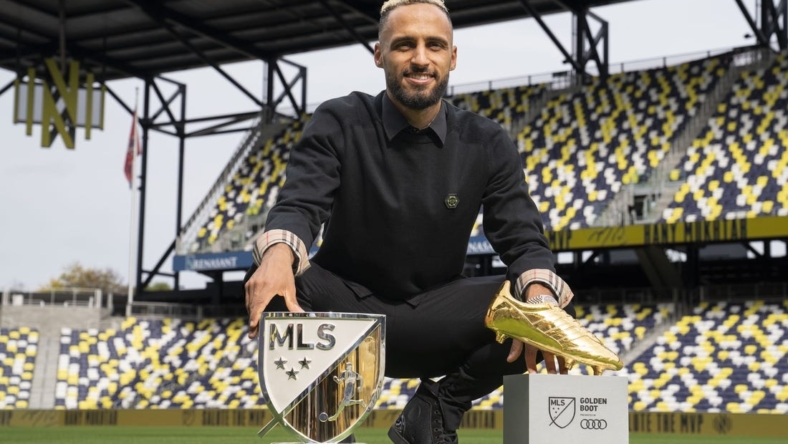 Mukhtar won the Golden Boot with 23 goals and also had 11 assists while making the Best XI for the second straight season. Blake had a microscopic 0.76 goals-against average and recorded 15 shutouts while earning Best XI honors for the third time.

Blake’s strong performance helped Philadelphia reach Saturday’s MLS Cup against Los Angeles FC. Three of his teammates joined him on the squad — defenders Jakob Glesnes and Kai Wagner and midfielder Daniel Gazdag — as the Union tied for the second most players on the squad behind the former Miami Fusion (five in 2001).

LAFC star Carlos Vela (12 goals, 12 assists) was one of the three forwards. It is Vela’s third Best XI selection.

Joining Mukhtar and Gazdag (22 goals) in the midfield is Sebastian Driussi (22 goals) of Austin FC and Luciano Acosta (10 goals, league-high 19 assists) of Cincinnati. It is the first Best XI honor for Gazdag and Driussi and the second for Acosta.

Glesnes and Wagner (15 assists) were the defensive backbones for a Philadelphia squad that allowed just 26 goals, the fewest since the MLS went to a 34-game season in 2011.

The Best XI was determined by a panel of media, MLS players, and technical staffers.