Hannah Green leads by one at Palos Verdes 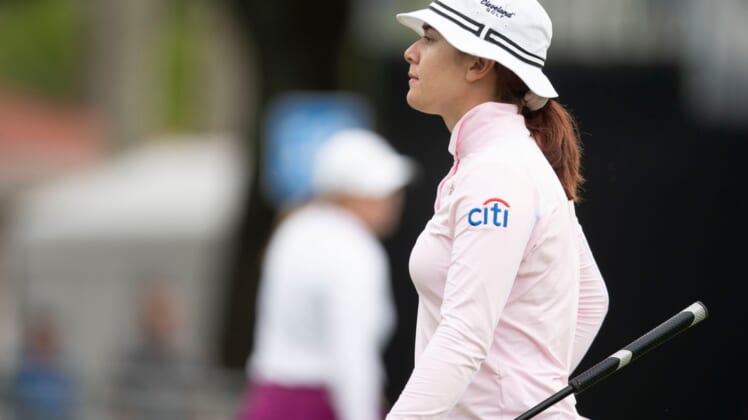 Australia’s Hannah Green struggled to a 1-over 72 in Saturday’s third round but clings to a one-shot lead at the Palos Verdes Championship in Palos Verdes Estates, Calif.

After a 67-66 start to the tournament, Green recorded five bogeys at the Palos Verdes Golf Club to sit at 8-under 205 heading into Sunday’s final round.

Lydia Ko of New Zealand shot 70 to sit alone in second at 7 under. Nine players are tied for third at 5 under, three shots back.

Green opened with consecutive bogeys on her first two holes. She would card two more bogeys on the front, sandwiched around an eagle on No. 7. She recorded a bogey and a birdie coming in.

“I got off to a horrendous start, I guess you could say,” Green said. “Just short-sided myself too many times today, so I was actually pretty happy with the 1-over score. Just hit a couple of funny wedge shots and also didn’t read the lies and the wind direction.”

Ko’s round didn’t start much better. She recorded a double-bogey on the par-4 second followed by a bogey on the fourth. She rebounded with three birdies going out and two more on the back before a bogey on No. 17.

“I think I made it a little harder than it was,” Ko said. “But considering how I started, to finish under par for the day, upwards and onwards.”