Hall stopped Silva at 1:24 with punches before displaying ultimate respect to the legend, whose career in the Octagon likely came to an end at the UFC Apex... 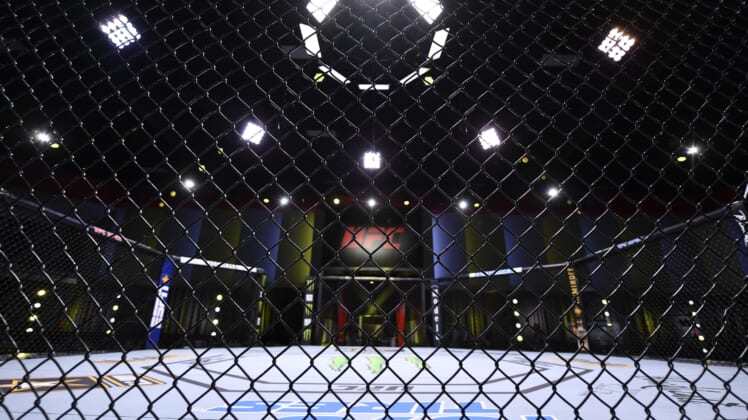 Uriah Hall scored a TKO over Anderson Silva in a middleweight bout on Saturday at the main event of UFC’s Fight Night in Las Vegas.

Hall stopped Silva at 1:24 with punches before displaying ultimate respect to the legend, whose career in the Octagon likely came to an end at the UFC Apex.

“I’m so sorry,” Hall told his idol Silva. “You’re the reason I’m doing this. I love you. You’re still one of the greatest.”

Hall landed an overhand right late in the third round that was the beginning of the end for the 45-year-old Silva. Hall stormed out in the fourth and ended the bout with a flurry of standing-to-ground punches.

“I don’t know,” Silva said. “First, I go back home and go see with my team and everything. Let’s see. Because it’s tough to say it’s my last or not. This is my air. This is what I do for my entire life and with my heart. Let’s go see.”

However, UFC president Dana White said he regretted allowing Silva to fight and won’t allow the legend to fight on the circuit again.

Former NFL player Greg Hardy (7-2, 4-2) stopped Maurice Greene (9-5, 4-3) via punches with a second-round TKO in a heavyweight bout. Hardy pounded Green, earning the TKO at 1:12 of the 2nd round. Six of Hardy’s seven wins have come via knockout or TKO.

Kevin Holland earned the win over Charlie Ontiveros at 2:39 of Round 1 of their middleweight bout when Ontiveros verbally submitted with an apparent neck injury. Holland has won four bouts in a row.

In the preliminaries, Alexander Hernandez scored a TKO in Round 1 (1:46) over Chris Gruetzemacher in a lightweight bout; Adrian Yanez recorded a TKO at 2:46 of the first round over Victor Rodriguez in a bantamweight contest; Sean Strickland defeated Jack Marshman by unanimous decision in a middleweight fight; Jason Witt won by submission (arm triangle) over Cole Williams in Round 2 of their middleweight bout; Dustin Jacoby scored a first-round TKO over Justin Ledet in a light heavyweight battle; Miles Johns defeated Kevin Natividad with a Round 3 TKO in their bantamweight fight.