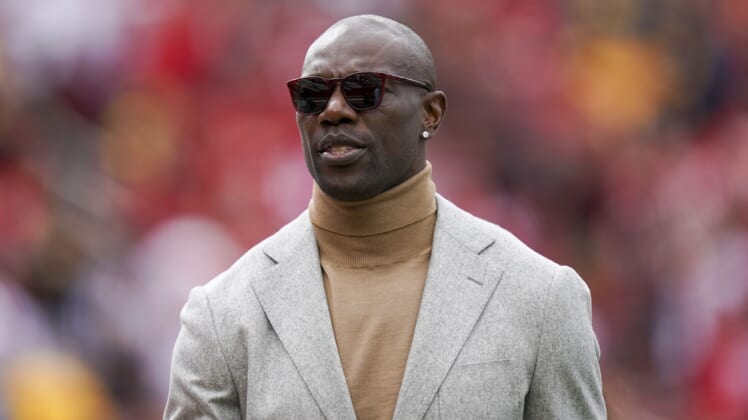 The Fan Controlled Football League, an indoor football league that allows fans to call plays, saw a Pro Football Hall of Famer score a touchdown on Saturday … at the age of 48.

Terrell Owens, who concluded a Hall of Fame career in 2010, scored a touchdown reception 12 years later on a jump ball for the Zappers.

The league announced Owens would join former NFL quarterback Johnny Manziel as a member of the Zappers on Thursday.

“I’m happy to be part of a league that is redefining the game and bringing a level of fan interaction to sports that has never been done before,” Owens said in a league press release. “I’m pumped to have fans dial up the plays for me and will see you all on April 16!”

Owens was a six-time Pro Bowl selection and five-time All Pro over a 15-year NFL career with the San Francisco 49ers, Philadelphia Eagles, Dallas Cowboys, Buffalo Bills and Cincinnati Bengals.