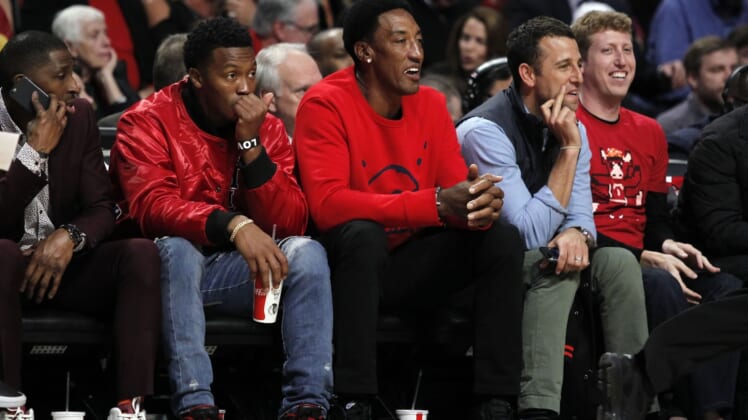 “I’m heartbroken to share that yesterday, I said goodbye to my firstborn son Antron,” Pippen, 55, wrote on Instagram, adding photos of the two through the years. He did not cite a cause of death but said Antron suffered from asthma.

“The two of us shared a love for basketball and we had countless conversations about the game. Antron suffered from chronic asthma and if he hadn’t had it, I truly believe he would’ve made it to the NBA. He never let that get him down, though — Antron stayed positive and worked hard, and I am so proud of the man that he became.”

Antron appeared in three games in the 2008-09 season for Texas A&M-International. A 6-foot-2 guard, he also played for South Georgia Technical College.

“A kind heart and beautiful soul gone way too soon,” his father wrote. “I love you, son, rest easy until we meet again.”

Pippen, who won six championships with the Chicago Bulls, had eight children. Daughter Tyler passed away nine days after her birth in 1994.

Another son, Scotty Pippen Jr., declared for the 2021 NBA Draft this month but is leaving his options open to return to Vanderbilt.