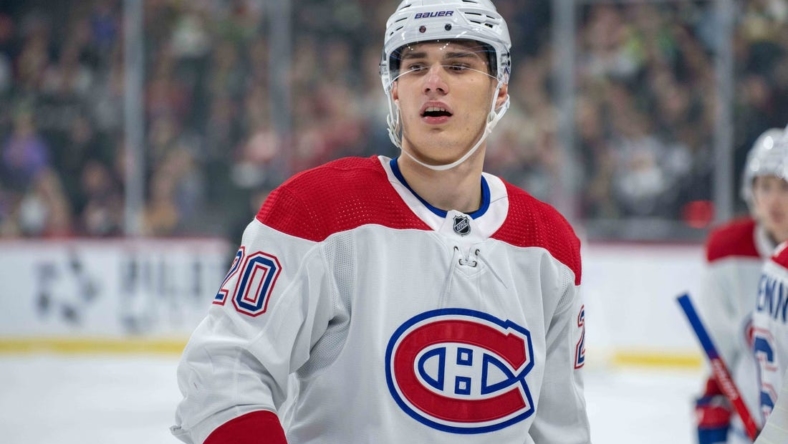 The 18-year-old Canadiens forward was assessed a five-minute boarding major and a game misconduct with 5:32 left in the third period in Montreal’s 3-2 shootout win.

Slafkovsky, the No. 1 overall pick in the 2022 NHL Draft, checked Luff from behind and drove him headfirst into the boards. Luff did not return to the game.

“The right call was made,” Red Wings coach Derek Lalonde said. “It’s the exact hit you want to try to avoid because of exactly what happened. A player got seriously injured.”

Slafkovsky has three goals and 19 penalty minutes in 10 games this season.

Luff, 25, has scored one goal in seven games this season.