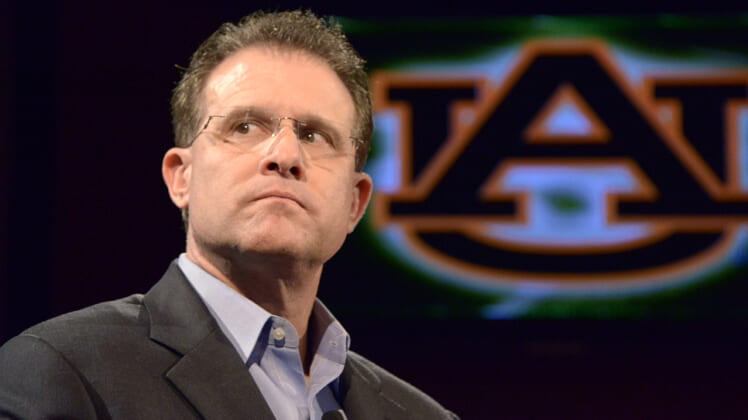 Gus Malzahn is a self-proclaimed “big Cam Newton fan,” which is hardly surprising given the fact he coached Newton at Auburn. So it’s also not very surprising to hear he’s not happy about all the big hits Newton takes.

Speaking about his former pupil on CBS Radio in Houston (per 247 Sports) Malzahn, who was the offensive coordinator at Auburn when Newton attended school there, he said, “He’s one of the biggest, strongest guys and he takes hits other quarterbacks don’t. I just want things to be equal.”

One of the hits Newton has taken recently occurred in Wild Card Weekend on the play the Panthers swear didn’t result in a concussion. The NFL and NFLPA are currently investigating whether Carolina followed the league’s updated concussion protocol, and there’s evidence to suggest the team is covering its tracks in the wake of its failure to do it.

Malzahn is “worried” about Newton taking all these hits.

“I am worried about the hits,” Malzahn said. “I think he’s treated differently than other quarterbacks. I’ve said that before. I checked on him the other day after that hit. I talked to him two days ago. Little worried about him with that but he’s a great player. Hopefully they’ll get the pieces around him to be successful. I’m a big Cam Newton fan.”

The notion that Newton isn’t given the same benefit of doubt as other top quarterbacks isn’t new. Other high-profile figures have said as much in the past, and there is evidence that Newton has not gotten calls like, say, Tom Brady does when he gets plastered by a defensive lineman below the knees or up high in the helmet/neck region.

For his sake, we hope Newton does start getting some more calls. Because his opponents won’t stop dealing huge blows if they don’t get penalized. And if he continues to take big hits, he’ll continue to get injured, which is just bad for the game.