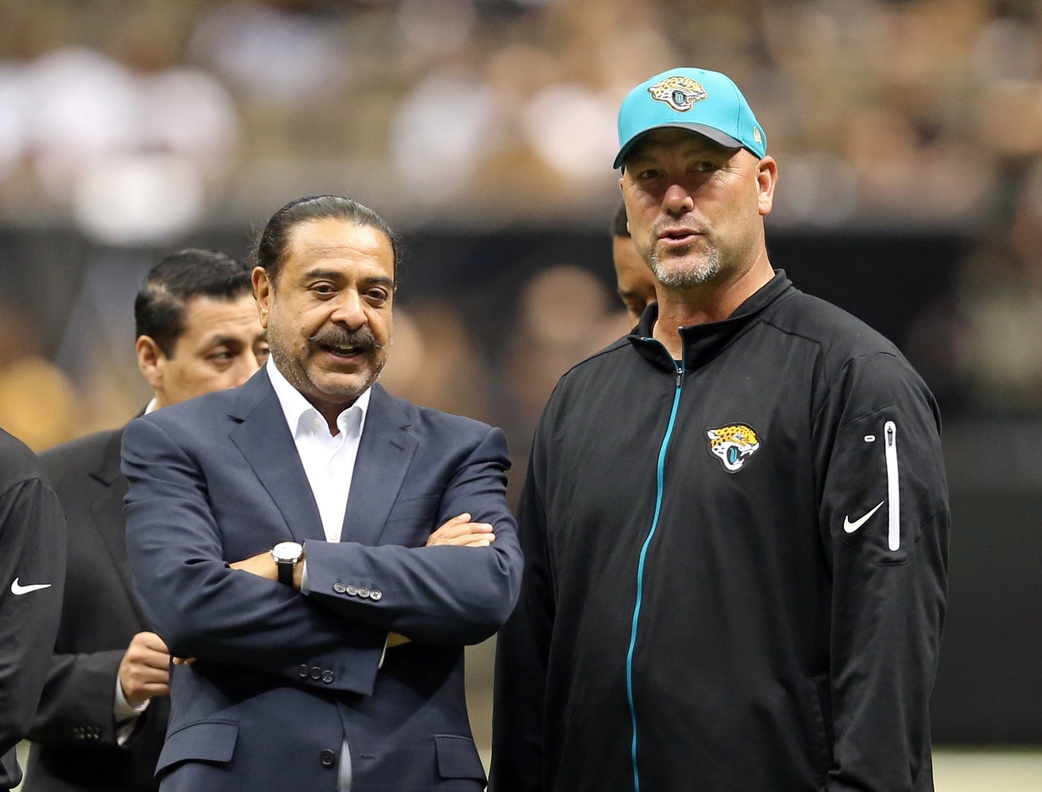 Jacksonville Jaguars head coach Gus Bradley should be fired. Not tomorrow. Not today. But yesterday.

The Jaguars brought in the former Seattle defensive coordinator to turn around the culture in Jacksonville and make them a good team. He was brought in to help stabilize a defense and give them a successful, consistent offense.

Unfortunately, it is safe to say that the Jaguars have just gotten worse and regressed significantly since he got there. The Jaguars were a moderately successful team prior to the firings of Jack Del Rio and Tom Coughlin. They were let go due to a drop off in their final three seasons because the ownership wanted someone who could bring the team to a Super Bowl.

That has not happened.

Gus Bradley compares rather poorly to the previous regimes in Jacksonville. pic.twitter.com/vi8fcvjZFZ

Unfortunately, former general manager Gene Smith wasted a season bringing in Mike Mularkey before he got canned and was replaced by Dave Caldwell during the 2013 offseason.

The combination of Caldwell and Gus Bradley has gone very poorly, though. Their combined record of 12-39 has contributed to the worst five-year stretch in team history.

And the arrow isn’t pointing up.

Instead of improving under Gus Bradley, both sides of the ball have regressed. The offense has been a cellar dwellar, and the defense has been equally atrocious.

For a defensive guru, Gus Bradley hasn't had a positive impact on the defensive side of the ball. #Jaguars pic.twitter.com/HAf1v5kbdE

And that’s the biggest problem: Bradley can’t seem to get the most out of the talent.

Even if you give him the excuse that he didn’t have a franchise quarterback during the first year of his career in Jacksonville, that’s not enough to excuse just how bad the team as a whole has been. It is unorganized and plays unmotivated football, continually losing to bad teams.

What’s even more damning for Bradley is just how bad the Jaguars have been this season despite spending millions during offseason to bring in more talent on both sides of the ball.

At a certain point, Jacksonville owner Shad Khan has to fire Bradley. He has to bring someone else in to be the head coach. Otherwise, he’ll waste a solid group of talent in Jacksonville for years to come.