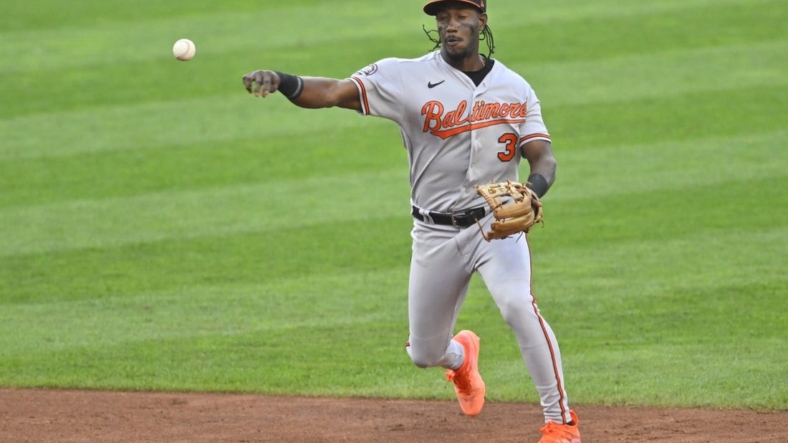 Gunnar Henderson homered for his first major league hit and three Baltimore pitchers combined on a five-hitter as the visiting Orioles beat the Cleveland Guardians 4-0 on Wednesday.

Ramon Urias added a two-run homer and had three RBIs for Baltimore, which snapped a two-game losing skid.

Henderson, who was recalled from Triple-A Norfolk before the game, fouled out in the second inning before leading off the fourth with a 429-foot homer to right-center field against Triston McKenzie (9-11).

Lyles’ outing marked another stellar showing for Baltimore’s starting pitchers, who have allowed just 23 earned runs in 14 outings dating back to Aug. 16.

Amed Rosario and Jose Ramirez had two hits for Cleveland, which lost for the fourth time in its last six games.

Henderson showed why he is considered Baltimore’s top prospect in the fourth inning. The 21-year-old deposited a 2-2 pitch into the right-center field bleachers and circled the bases without a helmet after it fell off during his powerful swing.

Henderson is the youngest position player to make his Baltimore debut since Manny Machado in 2012.

Before Henderson’s scene-stealing moment, the Orioles took a 1-0 lead with two outs in the third when Urias drew a four-pitch, bases-loaded walk. Ryan Mountcastle then lined out to center to end the inning.

Baltimore extended its lead to 4-0 in the eighth on Urias’ two-run homer against Eli Morgan. The insurance runs snapped a 32 1/3-inning scoreless streak by Cleveland relievers.

Henderson, who batted sixth and played third base, finished 2-for-4 after hitting a leadoff single in the ninth. He is the first Orioles player to hit a home run in his major league debut since Trey Mancini in 2016.