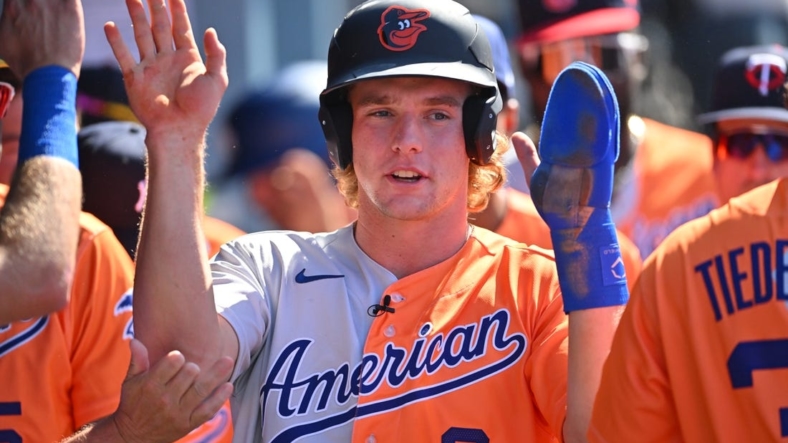 The Baltimore Orioles have called up shortstop Gunnar Henderson from Triple-A Norfolk, clearing the way for the top prospect in baseball to make his MLB debut.

Henderson, the 42nd pick in the 2019 MLB Draft, is set to debut on Wednesday against the Cleveland Guardians. As Jeff Passan of ESPN notes, adding him to the roster before Sept. 1 means he is eligible to play for Baltimore in the MLB playoffs.

It’s a significant moment for the 21-year-old shortstop and the Orioles’ organization. Rated as a consensus top-30 prospect at the start of the 2022 season, Henderson tore the cover off the ball at both the Double-A and Triple-A levels this summer. In midseason updates, he became the consensus No. 1 prospect in baseball. After more than 100 games in the minor leagues this season, the shortstop is now set for his MLB debut.

Henderson earned a promotion to Norfolk in June after a phenomenal stretch with the Bowie Baysox. In 208 plate appearances with Baltimore’s Double-A team, he walked (19.7%) more than he struck out (18.3%) in his trips to the plate. He also stole 12 bases and scored 41 runs in 47 games.

The promotion to the highest levels of the minor leagues proved to be another easy step on his road to the majors. Henderson hit 11 home runs with 10 steals and a .288/.390/.504 slash line in 65 games. Now, he’ll slide into the Orioles’ lineup on Wednesday and could provide a spark as they make a push for the playoffs.

After years of rebuilding, Baltimore is quickly on the rise. Adley Rutschman is emerging as a star in his rookie season and Henderson profiles as the next perennial All-Star slugger for the infield. Fellow top prospect DL Hall, who made his debut earlier this summer, will also join Henderson on the Orioles’ roster before September.