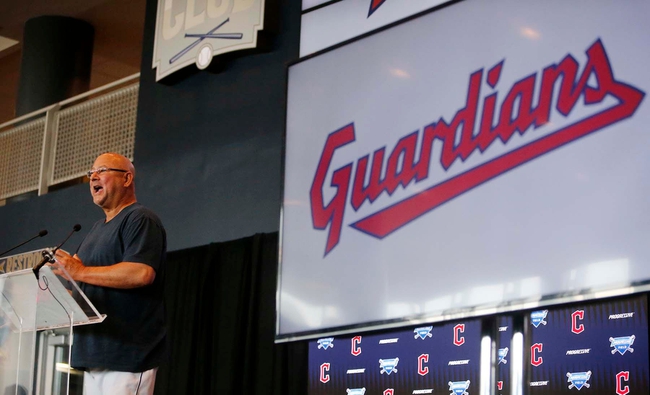 Terry Francona, manager of the Cleveland Indians, speaks during a press conference during the club’s announcement of the name change to the Cleveland Guardians at Progressive Field Friday, July 23, 2021 in Cleveland, Ohio. Indians Guardians01

The newly named Cleveland Guardians and a co-ed roller derby team in the city reached an “amicable” agreement to share the name.

Major League Baseball’s Guardians officially changed their name — formerly the Indians — but a suit by the roller derby team was filed in U.S. District Court in Cleveland on Oct. 27. The suit had requested that the baseball team not be allowed to use the name.

The MLB Guardians said in a brief statement Tuesday that the suit was settled and the two organizations would move forward under the same team name.

The roller derby team has called itself Guardians since 2013 and registered its name with the Ohio Secretary of State in early 2017, records show.

The baseball team went by Indians from 1915 through 2021. After announcing a name change would be studied a year ago due to longstanding pressure that the name was racist to Native Americans, Cleveland’s MLB club announced the change to Guardians in July and plans to use the name for the 2022 MLB season.

The roller derby team insists that the Indians knew of their use of Guardians prior to the announcement. The suit alleged that the baseball team even offered a “nominal amount” to use the name and the roller derby club rejected the proposal.

Despite allegedly knowing of the existence of the roller derby club, the baseball team filed two federal trademark applications in July claiming exclusive rights to the name.