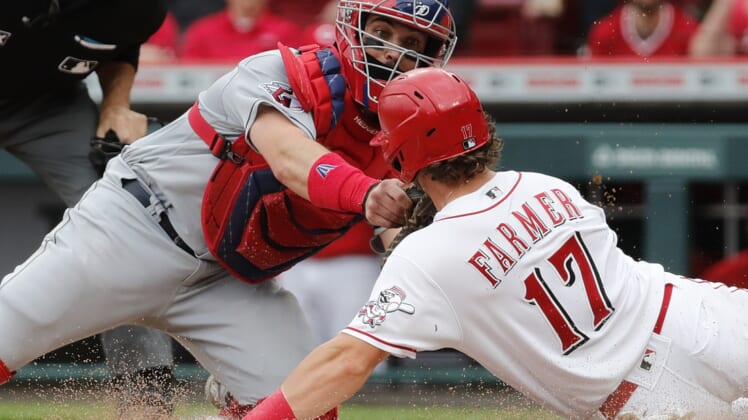 The Cleveland Guardians bashed four home runs to pummel the host Cincinnati Reds 7-3 on Wednesday and sweep the two-game series.

Third baseman Jose Ramirez was particularly lethal by going 3-for-4, with a two-run homer, double and three RBIs to help Cleveland win its fourth straight game. He’s batting .480 on the season and exited the game leading the majors in extra base hits (7, tied with teammate Owen Miller), RBIs (14) and total bases (26).

The Guardians have scored 44 runs and banged out 58 hits in the winning streak.

Miller continued his torrid start with a 3-for-5 performance with two solo homers. He went deep in the third and eighth innings.

Oscar Mercado hammered his third homer on the season in the fifth, a solo shot to left. That opened up a 6-0 lead for Cleveland.

Guardians leadoff hitter Myles Straw went 4-for-5 to raise his batting average to .360. He reached base safely in seven consecutive at-bats (five hits, two walks) before flying out in the ninth.

Miller’s first homer of the season came in the third and gave Cleveland a 3-0 lead. He now has seven extra base hits in the first six games and is batting .524.

The Guardians scored two runs in the second inning, yet never got a hit. Lodolo walked three batters and hit two more, forcing in the runs.

Jake Fraley’s solo homer in the fifth ruined the Guardians’ shutout and left the score 6-1. It came off Eli Morgan (1-0, 1.80 ERA), who earned the victory with three innings of relief. Tyler Stephenson added a two-run homer in the eighth.